From dark art to an age of enlightenment

Much is happening in the realms of Almac’s GMP peptides business in terms of growth, development and strategic operations. And, with the company’s current focus on neoantigen-derived vaccines that harness the body’s own immune system to fight cancer, Dr Kevin Robinson zoomed in to find out more 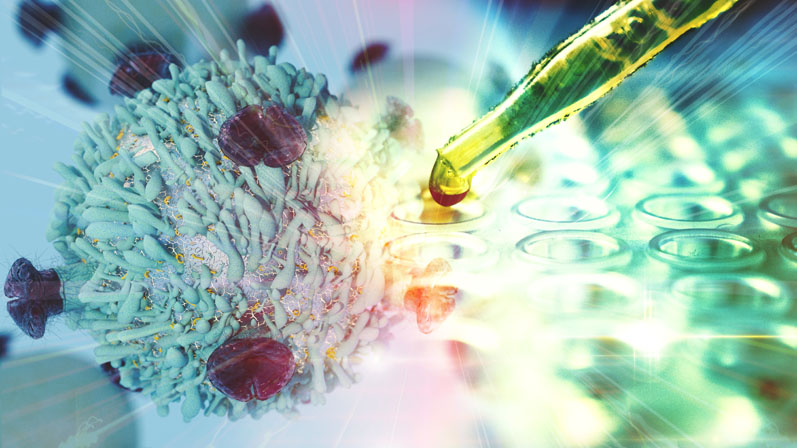 Introducing himself, Alastair Hay, Head of Peptide Business and Process Development, tells me he’s been with Almac Sciences for 19 years, having cut his teeth in a small-scale custom peptide synthesis start-up business that was acquired by Almac in the early noughties.

With a chemistry background, he migrated from custom synthesis to process development work with GMP peptides at the company’s plant in Craigavon. “More and more” he says, “I was getting involved with technical support and, when a position became available in business development, it seemed like a logical move.”

Discussing his current “very broad portfolio of projects,” Alastair explains that “one of Almac’s key characteristics in this [peptide] field is that we differentiate ourselves through technical expertise, a strong degree of customer intimacy and the ability to tackle challenging projects. Our approach to project management is very hands-on and, to that end, it’s a very interactive process that also involves bringing in new work.”

“I’m not sure which is the cart and which is the horse,” he continues, “but we seem to take on a lot of unusual projects. Beyond making simple peptides, we often work with conjugates or molecules with sophisticated modifications, such as chelating agents, which can be technically challenging."

"As such, during proposal generation, there’s a lot of working out how to do something, explaining that to the client and finally delivering the required result.”

Delving a little deeper, I ask Alastair about his role in the Edinburgh-based NeoPeptide production facility. “This is a very specific application within Almac,” he says: “It’s very new and probably the most exciting thing I think I’ve ever been involved with. About 8 years ago, we were asked whether we could manufacture 20 GMP peptides in a month. Considering that it normally takes about 6 months to manufacture one, we were unsure!”

“To find out more, we learnt that to make individualised cancer vaccines, tumour samples are taken for genetic sequencing to understand the mutational load on that tumour; then, a vaccine is designed that focuses on these so-called neoantigens — mutated antigens that are specifically expressed by the tumour tissue — which led to us coming up with NeoPeptides as an appropriate term.” 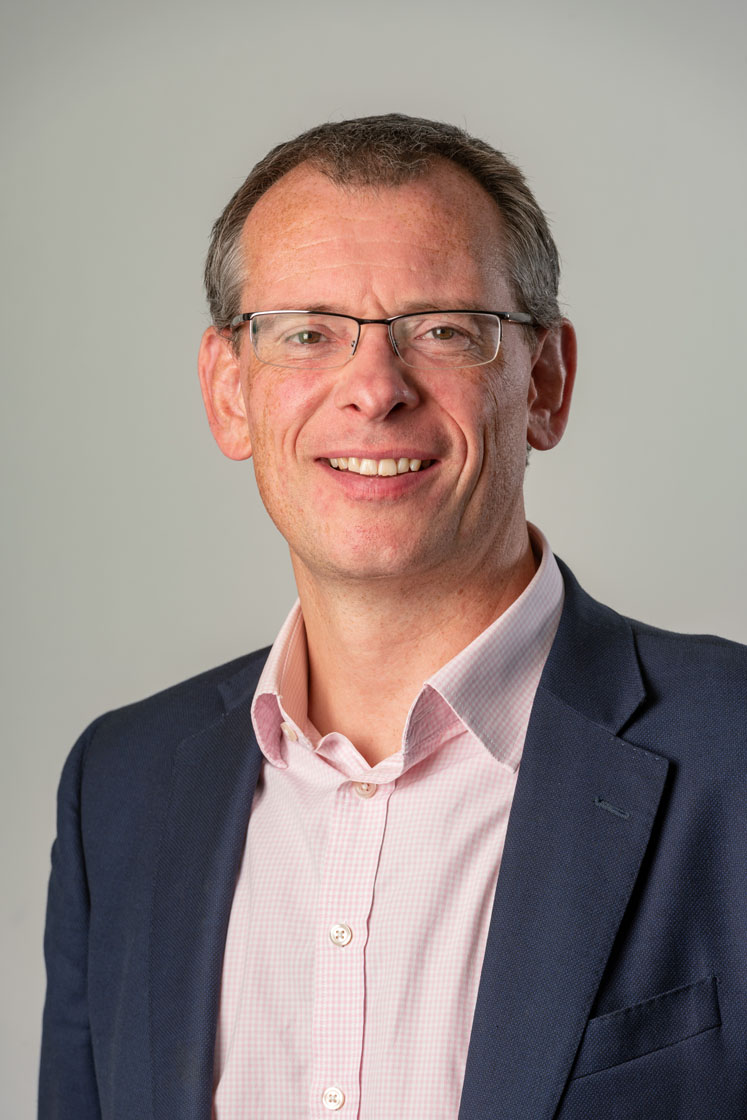 “The vaccine is totally individualised. There are typically 20 peptides that go into a vaccine that will be used to treat one individual patient. From experience with other fields, we knew that it was possible to do GMP really quickly and wanted to apply that to peptide production."

"So, although we had to challenge a few regulatory and processing boundaries, we found a way to do it. And although that particular project didn’t proceed at the time, 3–4 years later, the field resurfaced and, since 2016, I’d say we’ve been pretty much been the front runner.”

“Now, we have a custom GMP facility — that’s been MHRA audited and inspected — more space and a refined NeoPeptide philosophy that enables us to manufacture peptides in a high-throughput environment for the individualised cancer vaccine space. It’s been a huge and exciting journey in that, now, everything we produce actually ends up in a patient within a couple of weeks.”

“It’s all about treating an ill patient,” he notes: “This is not to prevent a disease from happening; it’s to treat an existing disease and to prevent its reoccurrence.”

Although vaccination has an exemplary pedigree, it sometimes fails because the human immune system is so complex.

“Very often, drugs target proteins that are upregulated in many tumour types in every patient … but they’re not specific to an individual tumour. It’s the specific mutations that any given patient has undergone that creates the tumour; so, you have to use neoantigens to target those mutations. Only then can you expect to get a better result than what can be achieved with traditional standard of care.”

Answering the obvious next question, he tells me that as it’s an individualised technique and currently still in development phase, yes, it’s expensive. “All the checks and balances that need to be done during R&D are under way. But, when the process is fully understood, validated and scaled-up, it’ll be quicker and cheaper."

"Right now, it’s costly. But, at the same time, it’s hugely enlightening and teaching researchers an awful lot about the immune system.” Once commercialised, I suggest that NDVs might, perhaps, be more affordable than, say, CAR-T therapies. “That’s certainly the aim,” agrees Alastair, “and that increased level of accessibility is definitely what pharmaceutical companies are looking for a few years down the line.”

There are vaccines … and vaccines

With vaccines being the industry’s hot topic at the moment, I ask Alastair whether he thinks the speed of pharmaceutical R&D has accelerated during the last 12–18 months.

“Well,” he says, “it shows what can be done if you put your mind to it. Plus, I don’t believe any shortcuts have been taken or essential work has been ignored … and I think that what has been done with COVID proves that, with organisation and the right processes in place, it’s possible to get your ducks in a row very quickly.”

He continues: “By capitalising on those efforts and exploiting what we’ve learned about immunity, we can now apply those findings to other targets. In areas that peptides have been involved and implicated in, for example, there has been an enormous amount of interest in diabetes during the last 20 years."

"Just recently, we learnt more about the correlation between treatments for diabetes and weight loss, so now there’s more interest in clinical applications for peptides in both diabetes and long-acting diabetes. Other areas that are going to receive attention are neurological diseases, conditions such as Alzheimer’s, Parkinson’s and so on."

"As we live longer, age-related ailments are going to become increasingly important, and this is an area in which Big Pharma has to grasp the nettle and do more. We’ve taken a tentative approach to date because success has been incremental.”

“Furthermore,” he adds, “infections disease is a sleeping giant in need of antimicrobials and next-generation antibiotics … and peptides have a massive role to play. Research is under way, but there are a lot of massively underfunded academic research groups working in this area that need support."

"Their day will come, though, because we need answers! All of this comes back to the immune system and we’ve not even touched on autoimmune diseases such as multiple sclerosis and so on. These are hugely complex issues, but important work is being done and I’m convinced that promising results are in the pipeline.”

Many strings to the bow

Clearly, the neoantigen work is keeping Almac busy, but is there available capacity to accommodate other projects or applications? “We’ve got a lot on our collective plates,” admits Alastair, “particularly as a CMO. The desire to outsource manufacturing is greater than it ever was 10–15 years ago … and showing no sign of slowing down."

"With that in mind, we’re actually going through a review exercise right now to assess future requirements and what the contract services business might look like in terms of strategic partnerships, longer-term relationships, etc.”

“Even the NeoPeptide field has changed significantly during the last 2 years. It’s evolved quite quickly, so we have to be lean and flexible to stay current. As such, we keep an ear to the ground, pay attention to the types of requests that are coming our way and don’t dismiss anything. It’s incredibly important that we remain sufficiently agile and able to adapt.” 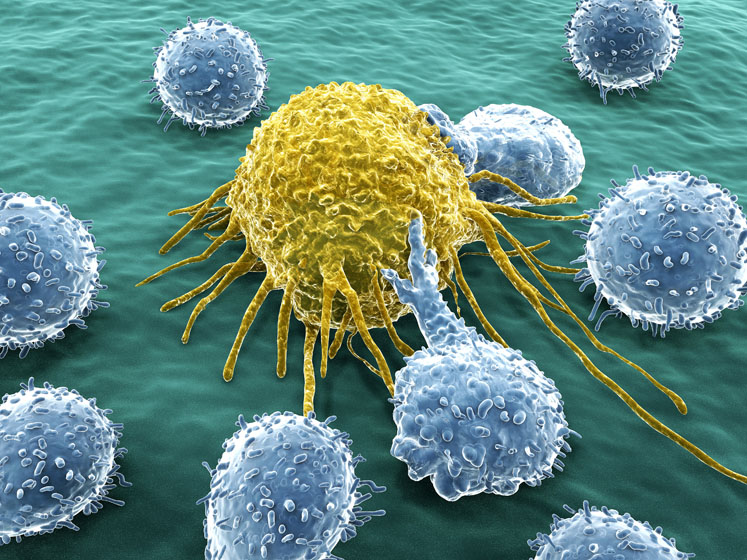 Perhaps, with several COVID-19 vaccines being rolled out, the rise of bispecific antibodies, etc., this is another boom time for pharma, I suggest, driven by the need to collaborate and break down some of the traditional silo-based mentality that may have hampered the development of successful therapies in the past.

“I think that’s a really interesting point,” Alastair affirms: “Many organisations are now being much more public about their interactions and more willing to acknowledge that they’re not actually experts at everything. They’re looking to collaborate, remove barriers and work together.”

“There are still, though, factions within the healthcare industry that don’t fully comprehend that pharmaceutical companies are commercial entities and wouldn’t exist without being able to make a profit."

"Absolutely underlying that fact, however, is a desire to do something good … and I’m convinced that a lot more of that altruism is coming to the fore. Hopefully, some of the bad press that Big Pharma has and does receive will get replaced with stories that reflect the benefits to society that they definitely bring.”

“The world is getting evermore complex,” he enthuses, “and we’re tackling much more challenging problems than we were facing just a few decades ago. By definition, we’re inventing more complex molecules to try to cure both new and old diseases and provide a health benefit. Often, those solutions come from nature, and nature’s pretty complex, so we’re increasingly trying to mimic that and improve upon it.”

“There has to be a symbiosis between the desire to manufacture new chemical entities and the ability to do it. We continually need to educate ourselves and keep learning new methodologies, novel techniques and/or production methods."

"The moieties that are difficult to make today need to be really easy to make tomorrow. And we need to dispel the perception that the chemistry industry is a dirty one. It isn’t! It’s pure, fundamental science that can do an enormous amount of good. And I think organisations such as Almac need to be in the vanguard to deliver the therapeutics that will make a difference.”

“It’s a tremendously exciting place to be,” Alastair concludes, “but the pharmaceutical industry needs to get the right messages out and improve our reputation. With more effective communication, society as a whole will hopefully gain a better understanding of what we do and how much benefit we can bring in so many different ways.”