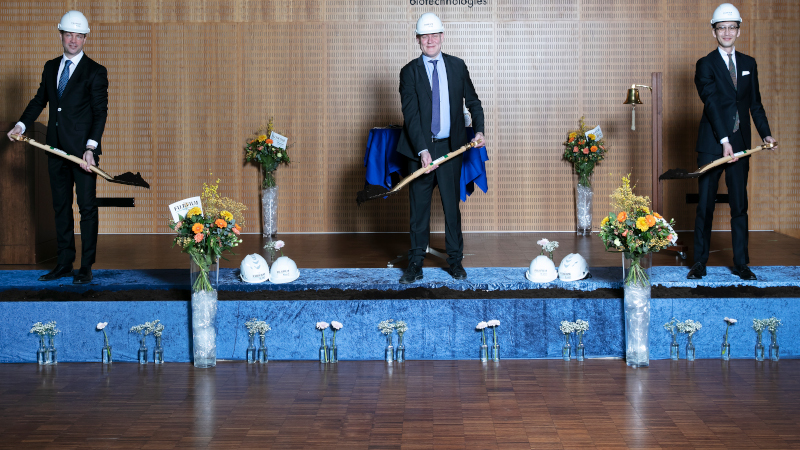 Fujifilm Diosynth Biotechnologies held a virtual ceremony today to celebrate the start of its large scale cell culture expansion project. The investment of $928 m from Fujifilm Corporation was previously announced in June 2020.

The expansion will double the existing bulk drug substance production capacity with the addition of 6 x 20000 L bioreactors, bringing the total to 12 x 20000 L bioreactors. The construction will also include automated fill/finish capability to support large-scale production. To support the expanded operations, the company will add 300 positions in Denmark by the end of 2023.

“It was a delight to celebrate the commencement of this very important expansion,” said Takatoshi Ishikawa, Senior Executive VP, General Manager of bio CDMO Division, Fujifilm Corporation. “Fujifilm has highlighted the CDMO business as a priority growth area, and is actively investing in technology to expand its manufacturing capacity to meet the growing demands of customers. Additionally, as Fujifilm’s largest investment in Europe for bio CDMO business, this new facility represents our commitment to growing our bio CDMO offering in the region to better serve our customers.”

“The expansion will be transformative, significantly expanding our ability to support current and future partners, infusing sustainability efforts into future operations, and further strengthening our leadership in biologic drug substance manufacturing. We are excited to see the site grow and to welcome 300 new employees,” said Lars Petersen, COO and Senior VP, Fujifilm Diosynth Biotechnologies Denmark.

“I am very proud that Fujifilm has chosen to make such a significant investment in Hillerød. We are committed to foster a good business environment, and have always had a fruitful and good collaboration with Fujifilm, and I look forward to welcoming even more Fujifilm employees to our municipality,” said Kirsten Jensen, Mayor of Hillerød.