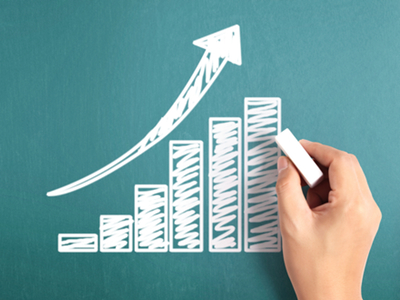 GlobalData’s latest report, Atopic Dermatitis: Global Drug Forecast and Market Analysis to 2027, states that a drive to address the high level of unmet needs fuels strong growth in the market, with widening appreciation that atopic dermatitis is a highly variable disease and that not every patient will react in the same way to the same therapy.

Antoine Grey, MBiochem, Pharma Analyst at GlobalData, says: “Developers operating in the dermatology space are aware of the enormous patient potential of the atopic dermatitis market; however, the challenge lies with the fact that first-line therapy is dominated by cheap, genericised topical drugs such as corticosteroids and TCIs."

"These have created a considerable barrier for any new drug hoping to penetrate the mild-to-moderate patient segment, and an additional obstacle for any developer looking to gain a meaningful return on investment for a novel therapy."

GlobalData’s report also found that moderate-to-severe atopic dermatitis patients will be well served by the arrival of new therapies, with seven of the eight forecasted drugs being aimed at that particular population.

However, competition is likely to be high among products targeting this demographic, whose annual cost of therapy (ACOT) are likely to rival that of Dupixent (dupilumab).

“Regeneron/Sanofi will be seeking a label expansion for Dupixent into other age groups, and Eli Lilly, Pfizer, and AbbVie are looking to launch orally administered JAK inhibitors, two of which have been granted Breakthrough Therapy designation by the FDA.”

Eli Lilly’s acquisition of Loxo Oncology will result in quick return of investment
BMS' acquisition of Celgene could position the company amongst top five most profitable pharma giants
Drug pricing and reimbursement concerns will remain the leading impediment to industry growth in 2019
R&D returns fall to lowest level in 9 years, says Deloitte and GlobalData
Drug development in neuroimmunology to witness strong growth in the 8MM
Immuno-oncology drug development and personalised medicine will continue to reshape the pharma industry in 2019
Big Data and AI to transform healthcare by driving innovation, growing revenues and increasing operational efficiencies
GSK and Pfizer deal shows shift in strategy shift to create the leader in over-the-counter products
Bayer receives European approval for haemophilia drug Jivi ... but has stiff competition ahead
Pfizer’s palbociclib is the top breast cancer drug used in clinical trials initiated in 2018
Global chronic lymphocytic leukemia market set to reach $9.2bn by 2027
Commercial prospects for immuno-oncology development across oncology indications in untapped cancer types or in combinations
Non-small cell lung cancer market projected to be worth $14.6 billion by 2024
Significant advances in diabetes medicine have been made, but many unmet needs remain