Given that the US FDA approved 25 new cellular and gene therapy products in 2022, gene-based vaccines and therapeutics have now entered the mainstream pharmaceutical industry. However, the rising interest in gene-based strategies puts pressure on manufacturers to demonstrate optimum efficacy and safety

One of the main barriers to this goal is the host cell proteins (HCPs) formed during production, reports Kerstin Pohl, Senior Global Marketing Manager, Gene Therapy and Nucleic Acid, SCIEX.

HCPs are process-related impurities that can serve a myriad of functions for the host cell, such as gene transcription, cell growth and proliferation. They are usually released during production when they can interact with the drug substance or the vaccine delivery vehicle.

Meticulous purification is necessary to reduce the level of impurities during cell harvesting; however, some HCPs could still copurify with the final product if they bind to it or harbour physicochemical properties that are similar to it. When integrated into the final product, HCPs can have negative effects on quality, durability and safety.

A recent example is a vaccine-induced thrombosis with thrombocytopenia syndrome (VITT) in individuals receiving the viral vector-based COVID-19 vaccine. Characterised by blood clot formations in the brain and other critical organs, VITT affected one in every 100,000 individuals.1

When researchers at the University of Medicine Greifswald in Germany investigated the contents of adenoviral vector-based vaccines, they found significant quantities of HCP.2

According to Dr Thomas Kofoed, cofounder of Alphalyse, the effects of HCPs can manifest in several ways. “HCPs can be very critical because they can have biological activity and interfere with how the drug works or, maybe worse, act on the patient directly. Even if the HCP isn’t bioactive, it can act as an adjuvant to raise an undesired immune response in the patient that could result in multiple organ failure.”

Today, HCPs are considered to be a critical quality attribute (CQA), so their presence and composition must be understood and monitored. Failure to monitor and prevent HCPs can lead to turmoil in the product lifecycle and suspension of the product.

Considering the impact of product suspensions and delays, manufacturers are interested in establishing robust HCP assays at every step throughout development. 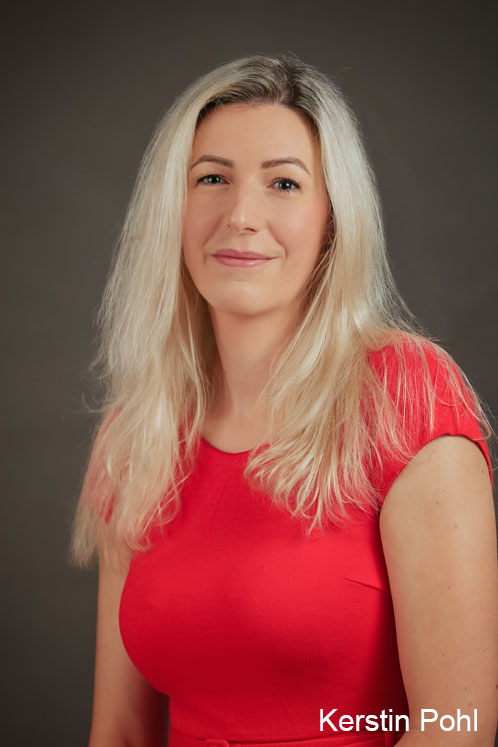 Immunoassays for HCP analysis
Until now, an enzyme-linked immunosorbent assay (ELISA) has been the benchmark for HCP detection because of its ease of use, sensitivity and throughput capabilities. However, these advantages are overshadowed by critical issues related to coverage, reproducibility and development timelines.

Because ELISAs rely on large amounts of high-affinity antibodies raised in animals (such as chickens or rabbits) to detect HCPs, they fail to recapitulate the entire HCP landscape. Small-sized and less immunogenic proteins in particular, which could impact drug quality by degrading the drug or stabilising excipients, might be neglected by ELISAs.

Another issue arises when the drug contains HCPs that cause differences in immune responses in the animals used for antibody production compared with human patients. For example, a particular HCP might be highly immunogenic to a human but not captured by the ELISA relying on animal-derived antibodies or vice versa.

Furthermore, most established ELISAs monitor the overall number of HCPs in parts-per-million (ppm or µg HCP per g drug), which results in blindness towards changes in the composition if the overall measured amount remains constant.

Another challenge is related to the batch-to-batch variation of the antibodies used, which notably diminish the reliability of ELISAs in HCP analysis. These downsides are well-known and accounted for by using an orthogonal methodology to complement ELISAs.

However, the recent pandemic revealed additional challenges. Drugs based on oligonucleotides, such as viral vector-based vaccines or therapeutics, are being produced in a variety of different cell lines. In addition to the cell lines, the type of viral vectors themselves highly impact the composition of process-related impurities in the final product.

Off-the-shelf assays are therefore not readily available and months or years of development timelines for new ELISAs cannot keep up with the global need to quickly address threats with vaccines or medication.

This has prompted pharmaceutical companies to seek out orthogonal methods to identify critical HCPs and monitor HCP amounts in drug and vaccine development processes that allow for higher flexibility.

Orthogonal approaches for detailed HCP profiling
Liquid chromatography with mass spectrometry (LC-MS) is an orthogonal HCP detection method that can provide a holistic and quantitative analysis of the HCP components in a sample. It is a robust tool that benefits from using liquid chromatography to separate impurities and a high-resolution mass detector to identify and quantify individual HCPs, including low-abundance HCPs. 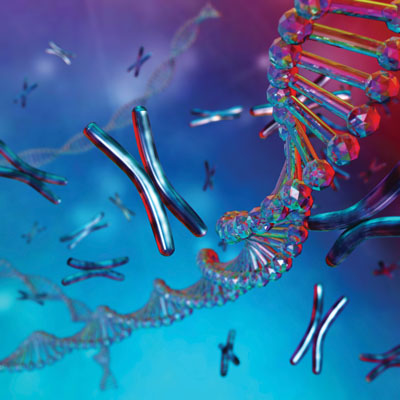 Unlike ELISA, it does not rely on protein-specific antibodies and does not require extensive immunisation and product-specific assay development for HCP detection. Thus, LC-MS assays can be developed in a fraction of the time and transferred from one product to another, as opposed to antibody preparation for ELISA that can take several months and is cell-line specific.

An added benefit of detection by LC-MS is the ability to inform development processes by identifying and quantifying individual HCPs and other impurities (such as cell culture medium components). Yields can be improved by understanding the cell culture medium composition more effectively and expensive downstream purification processes can be optimised efficiently and driven by data.

Furthermore, LC-MS methods confer flexibility to HCP analysis, meaning that manufacturers can perform comparative LC-MS analysis to understand changes in the HCP profile owing to modifications in upstream steps. From this perspective, LC-MS can strengthen the process control strategy to mitigate safety risks, which might go unnoticed by ELISAs.

Taken together, LC-MS can equip pharmaceutical companies with the insight to optimise and derisk processes, especially for gene therapy and next-generation vaccine development, in a time-efficient way.

Advancements in LC-MS methods
Despite their advantages compared with ELISAs, LC-MS methods needed several upgrades to achieve more accuracy, sensitivity and throughput. The ultimate goals are to identify as many HCPs as possible — including low-abundance proteins — reproducibly and with relevant throughput.

For that purpose, LC-MS has adopted a series of advanced technologies for maximum sensitivity and consistency.

High-resolution mass spectrometry (HRMS) provides an initial overview by accurately identifying and relatively quantifying HCPs with high resolving power and high mass accuracy. This is especially helpful when analysing complex samples with HCPs that coelute with the final product owing to their similar physical properties.

Through HRMS, one can generate a predefined list of HCP targets to be monitored in downstream manufacturing stages.

Despite these advancements, additional challenges in HCP analysis are bias and lack of reproducibility. More specifically, shotgun proteomics approaches employ data dependent acquisition (DDA). Whereas such an analysis favours the detection of abundant HCPs, it runs the risk of missing low-abundance ones and jeopardises the credibility of analysis results by causing variation between runs based on its stochastic nature.

By contrast, SWATH DIA (data independent acquisition), developed by SCIEX, is a more unbiased MS acquisition method. Thomas Kofoed of Alphalyse summarises the significance of SWATH DIA: “The beauty of SWATH DIA is that you can acquire data for all peptides without prior knowledge of what to look for.”

Based on a DIA technique, SWATH DIA aims for comprehensive sample analysis to detect and quantify every detectable HCP in a sample. Unlike DDA, which detects a set number of analytes at a given time point, SWATH DIA collects data on all detectable HCPs, making the resulting HCP profiles more consistent and reproducible.

This also means that manufacturers can reanalyse the same MS data retrospectively. SWATH DIA provides scientists with a fingerprint for each sample, which can be stored and evaluated as new insights are gained within the scientific community. 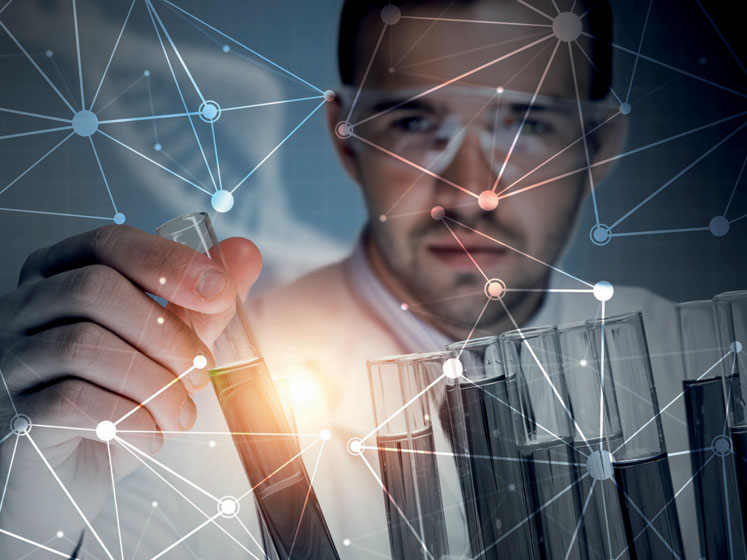 Once HCPs are identified and higher throughput with best-in-class sensitivity is required, further tracking of HCP targets can be transferred to triple quadrupole LC-MS that offers not only high robustness but also rapid analysis and multiplexing capabilities. Changes in the HCP profile can then be monitored efficiently.

Multiple reaction monitoring (MRM) enables the analysis of large numbers of HCPs in one injection and their simultaneous quantification while retaining sensitivity with lower limits of quantification (LLOQs) in the range of 0.02–4.50 ppm. This expands the span of HCPs that can be detected in a short time frame.

Can LC-MS ever replace ELISA as a release assay?
Alphalyse has already successfully performed the world’s first good manufacturing practice (GMP)-certified HCP assay for the release testing of a COVID-19 vaccine booster based on mass spectrometry using SCIEX instrumentation.3

The benefits of LC-MS compared with traditional ELISAs hold the potential to become the standard release assay of the future, especially when timelines require fast HCP assay development. Initially, LC-MS was regarded as an orthogonal means of complementing and strengthening ELISA results and this still holds true.

However, developing product-specific ELISA kits can extend the project timeline to a year or more, which is undesirable when fast delivery to patients is critical. Owing to the urgency of delivering gene-based vaccines and therapeutics to market, as was the case for the recent pandemic, LC-MS is more likely than ever to become the benchmark for HCP analysis.

The FDA laid the foundation of this new approach by approving an investigational new drug (IND) application with only LC-MS data. The pharmaceutical company submitted mass spectrometry data by Alphalyse to analyse HCP composition in their biologic and was granted FDA approval without additional ELISA data.

This is a significant turning point in terms of integrating LC-MS into GMP, which can help to monitor critical HCP and contamination risks in the manufacturing of new modalities.

What the future holds for HCP analysis and beyond
Nevertheless, the evaluation of process-related impurities must not be restricted to the final drug product. From the earliest phase of product development, impurity profiles and culture conditions can be monitored to produce drugs more efficiently and lower costs to enable access to new drugs for the public.

The dynamic nature of impurity profiles based on the high variability of production systems demands adaptable and comparative assays that can serve as checkpoints throughout the development process. This will ultimately help researchers and manufacturers to identify key factors to minimise process-related impurities, understand the risks associated with specific impurities and maximise yield.

The more knowledge gained early on, the fewer process changes will be needed later, which can help to accelerate manufacturing and delivery to the market.

Ultimately, a better understanding of HCP content can help to streamline more efficient purification workflows. For example, current purification procedures involve binding the product by chromatographic adsorbent while the remainder — including HCPs— flows through. However, some HCPs tend to bind to the drug (hitchhiker proteins) and cannot be removed easily.

Current research addresses this issue through the targeted capture of HCPs with ligands that recognise and bind specific HCPs.4 The proper ligand library selection will rely on the knowledge of HCP identities, which reinforces the need for LC-MS-based analysis.

Going forward, the next challenge is to facilitate the interpretation of the HCP data revealed by LC-MS. There is still a lack of information about the exact effects of individual HCPs on quality and safety. For instance, lipases are known to degrade the surfactant of therapeutic products even in trace amounts, accelerating drug denaturation and reducing shelf-life.5

By contrast, the effects of many other HCPs are still poorly understood. For a better understanding of specific HCP effects, research must focus on developing comparative benchmark studies to determine the most harmful HCP species. As the HCP-specific knowledge pool expands, acceptable limits might be set considering the risk of individual HCPs.

Given the highly dynamic nature of next-generation therapeutics and vaccines, flexible assays — which can detect, identify and quantify process-related impurities without the need for lengthy development timelines — become increasingly important.

This ultimately drives the demand for LC-MS capabilities, and the recent approval of an LC-MS assay for release testing of a viral-like particle vaccine booster can be seen as a paradigm shift: a milestone towards increased speed-to-patient.3