Is the production of biologic drugs ready for an overhaul?

Is the industry ready for a new manufacturing model? Mark Emalfarb, President and CEO of Dyadic International, thinks so and explains why to Dr Kevin Robinson 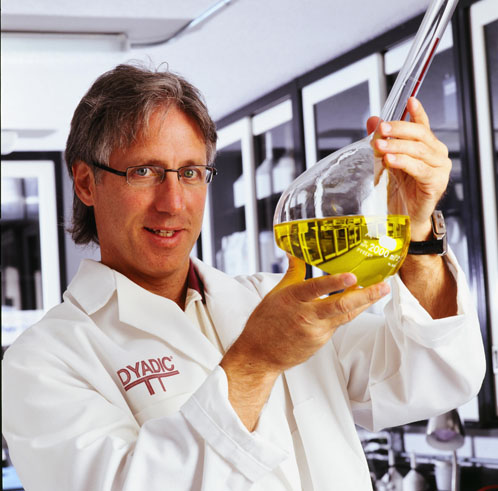 In its second annual State of the Industry survey published last October, BioPharma Reporter identified some dissatisfaction among those involved in the bioprocessing of drugs.

Among the respondents, nearly half said the industry was too reliant on using CHO (Chinese Hamster Ovary) cell lines as a medium to manufacture biologics and antibodies, owing to their relatively high cost and low efficiency.

Dyadic has created a proprietary protein expression platform based on a genetically modified strain of fungus called C1 that may be able to produce proteins in higher amounts and at a lower cost than CHO cells.

Mark opens our conversation with the widely recognised Albert Einstein quote saying that the definition of insanity is doing the same thing over and over again and expecting different results. “But the point is, regarding the bioprocessing of drugs,” he says, “that we’re using technology that was brought upon all of us by Genentech some 35 years ago.

At the time, they wanted to produce a protein that had a certain glycan structure, which looked more human, and, subsequently, the world then became embedded with and wedded to a cell line that really isn’t that efficient.”

“In the first place, it grows too slowly, it only produces low levels of protein and it costs an enormous amount of money to feed with nutrients to make it grow and do the things they wanted it to do (such as get high titre yields) in expensive media. Then, when you’re all done, from the standpoint that it takes 12–14 days to generate product in a fermenter, and it takes C1 4–7 days, you’re already saving a third to a half of the time; the productivity yields per day we can achieve compared with the industry average for CHO are potentially up to 5–10 times higher and the media we use to grow C1 cells to produce protein is tenfold lower … and that’s just on the upstream side,” he continues.

“Also, we can bring a stable cell line to market in half the time of a CHO cell. But when you actually look at the production timeline — once you’ve created your stable cell line — and you want to take it out of the freezer to grow the next batch, in the case of a CHO cell, the timeline, typically, is 41–54 days (thaw, first inoculum seed train, expansion, charge the reactor, etc.). There are, of course, several scale-up steps that one needs to conduct in the lab, but in the case of C1, it’s 12–14 days from the freezer until you’re done. So, although the fermentation stage is the most expensive step, which is halved with C1, the total time is drastically reduced.”

The most important point, notes Mark, is that someone selected a cell line, some 30-something years ago, and the pharmaceutical industry subsequently built its infrastructure around what he describes as a “30-year-old, four-cylinder combustion engine.” Now, he explains, in the real world, we have the capability to use new gearing Tesla engines! 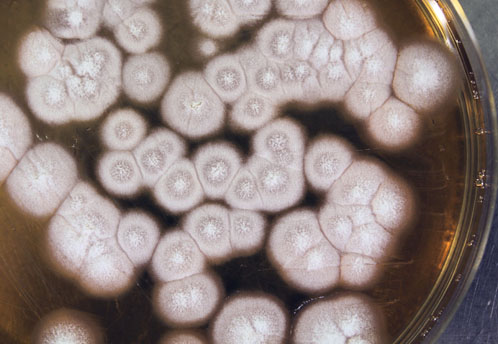 “It’s a significant advancement in technology,” says Mark. “Not to use synthetic biology technologies to modify hyper-productive, industrially proven cells to produce proteins that have similar characteristics, with a potentially similar safety profile and efficacies, is ignoring the incredible scientific breakthroughs and advances that are occurring faster in biopharma than Moore’s Law did for tech. In the end, with 30-year-old-engine CHO cells, according to FDA Commissioner Scott Gottlieb, only 2% of the American public has access to biologic drugs, whereas they account for 40% of the Federal prescription drug spend budget. Given that biologics grew by 70% between 2010 and 2015, the situation seems to be getting worse.”

“Pharma seems to mainly focus on discovering new molecules, generating INDs and producing novel drugs using the same, slow and expensive ways that have been in place for more than three decades ... because they can simply ‘pass the buck’ on to the end user, the patient and the healthcare system, and make significant profits in the meantime. And while they’re doing all that, they’re only reaching two per cent of the American public with these drugs,” he states.

A modern system for modern times

“So, my theory is that you should take the most productive industrially proven cells on the planet, apply the most modern biology, which is faster, more cost-effective and more horizontally aligned to technologies such as synthetic biology, etc., and benefit from shorter production times, much higher titres, increased output with lower media costs and that don’t have the viruses that are inherent with CHO cells, so you don’t have to remove something that isn’t there in the first place during downstream processing.”

CHO cells typically have to go through two steps of viral inactivation, which is time-consuming, costly and results in protein loss during filtration. “For me,” adds Mark, “the world needs to retool itself and, as they make up to 90% margins on these drugs, when you compare it with the automotive industry, which retools every 7 years — nobody’s driving a Model T these days — but pharma’s been using the same cell lines for more than 30 years.”

“Granted they’ve made them better,” he concedes, “but if you’re starting out with a two-legged donkey, you’re never going to win the Triple Crown. So, you might as well breed a thoroughbred, which is the difference between microbial fermentation and mammalian (CHO) cells in terms of doubling times (C1 has a 2 hour doubling time compared with 20 hours for CHO). In addition, filamentous fungi naturally secrete proteins into the media whereas CHO cells have to be forced to do that, which involves developing expensive media, etc., to cite just a few examples. If you want to make an impact on society, satisfy the inalienable right of human beings to healthcare, which you simply cannot do by repeating the same thing over and over again.”

I remind Mark that we’re working within a conservative industry that doesn’t like change. “That’s true,” he says, adding: “But here’s the thing, it doesn’t really matter whether they like it or not; we have an obligation to help our fellow citizens, save lives and do some good, both today and tomorrow. And, I believe, pharma is mostly interested in developing new cures for existing diseases, which is both correct and laudable, but they’re focusing on getting a drug through the US FDA in 10 years’ time to cure cancer … but ignoring the fact that 98% of the public is unable to get access to the drugs that are already on the market … because they’re not working creatively enough to reduce the cost of actually making those products." 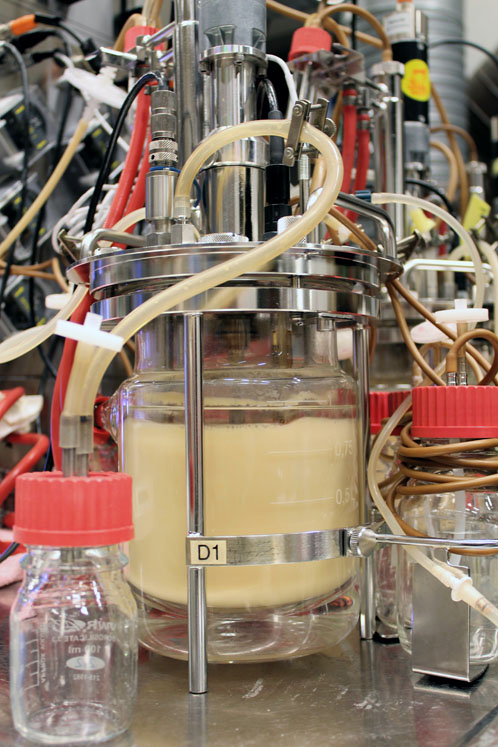 He continues: “So, I think that the FDA, the US government and regulatory bodies all over the world need to think about taking a different approach: for example, products designated as orphan drugs get fast-track status, so you can accelerate the development of drugs for populations of 5000–10,000 patients; so why not fast-track a new cell line that dramatically reduces cost of goods and enables hundreds of thousands if not millions of people to be treated?”

“With a similar ‘orphan’ status, C1 may more quickly become embedded within Big Pharma and biotech companies to help overcome the industry’s reluctance to change. The industry should work closer with the FDA and the global regulators to adopt, accept and implement technologies that can make more affordable medicines available to more people in less time. The impact we could make on the number of patients receiving biologics would be significantly larger than a single orphan drug designation by making proven drugs in a new way at a fraction of the cost.”

“There are many companies out there creating incredible new actives … but they’re still feeding them into a Model T engine … so you end up with a cure for a disease, but only limited application because it’s too expensive. Using more productive cell lines would make the drug more affordable. It’s shocking to me how the industry hasn’t addressed this yet. Using an inefficient cell line is like pouring money down a drain … and that’s just in developed markets."

"If you look at the pharmerging economies, such as China, where 80 million people, I understand, have hepatitis B (25% of the global number), they’re unable to access a suitable vaccine because of price. We have to address and disrupt that status quo by using cell lines that can produce much higher titres in less time at lower cost. Instead of using a 10,000–15,000 L reactor, for example, you could use a 2000 L single-use bioreactor and still achieve the same output. Whether it’s upstream optimisation such as this and/or restructuring the subsequent (expensive) downstream processes, I believe we have a moral obligation as human beings to provide safe, cost-effective and efficacious drugs for as many people as possible.”

Taking the next steps

I ask Mark about effecting change and what happens now. “The good news is that C1 is an agnostic cell line platform to produce proteins — be it a vaccine, virus-like particle, an antigen, a mAb or the antibody fragment of an Fc-fusion protein, for example — so we’re approaching companies that make vaccines, recombinant proteins, etc., and we already have research partnerships in place to examine what productivity levels can be achieved and what quality of protein can be produced using C1; we’re also talking to companies that are having trouble expressing certain of their proteins in CHO, E. coli, baculovirus, yeast and other systems who are looking for potential alternative expression systems,” he explains.

“In addition, we’re talking with vaccine producers to more effectively develop and produce large volumes of lower-cost products to deal with outbreaks such as seasonal influenza. Preliminary trial data in mice thus far have shown promise: in one of the experiments done by Sanofi Pasteur, the C1-expressed vaccine protected 100% of the challenged mice whereas the same vaccine that was expressed using a baculovirus expression system only protected 50% of the challenged mice at the same dosage."

"We need to conduct further animal and human trials, of course, but, prima facie, the overall cost benefits seem obvious, and there is even an early indication for potentially better immunogenic protection. We believe that once the safety pedigree of C1 has been proven in humans, then animal and human vaccine companies should consider making it their first choice for vaccine development and manufacturing work."

"Every other industry on the planet has adopted Moore’s Law — apart from Big Pharma — because, as an industry, we’re risk averse, there’s no great impetus for change and we can get away with it. The big difference here, though, compared with the IT, telecommunication and automotive sectors, is that not enough people are getting access to these biologic vaccines and drugs and are suffering ... and in some cases even dying.”

Mark concludes: “As a society that cares about healthcare, we need to focus on the problem of decreasing the price of making biologic vaccines and drugs by shortening development times, lowering the media costs, reducing downstream processing, using smaller fermenters and finding a way to grow cells more efficiently and cost effectively."

"When you add all that up, it’s potentially very disruptive (in a positive way); we need to challenge the status quo and think outside the box. To me, it’s crystal clear that the science is available to do this, here and now, and that’s what we’re attempting to do with our collaborators here at Dyadic.”