John Baker holds a VetMB and a PhD in Clinical Medicine from Cambridge and Oxford, respectively

Abcam has been in expansion mode. Since early 2019, the UK reagents and tools innovator has been making headlines with the acquisition of key life sciences companies: the start-up with antibody-making expertise Calico Biolabs (US), the genome-editing company EdiGene (China), and R&D capabilities of Expedeon’s Proteomics and Immunology business (UK) are now under its wing. The last transaction announced in January saw Abcam acquire the cell engineering platform and oncology product portfolio of California-based Applied StemCell.

Adding to its fold these businesses have strengthened Abcam’s already strong diagnostic and biopharmaceutical prowess, and the man heavily involved in these strategic moves is John Baker (pictured), Abcam’s Senior Vice President, Product Portfolio and Innovation. “Early in my career, I became interested in the potential commercial applications of my scientific training,” he tells me. Baker holds a VetMB and a PhD in Clinical Medicine from Cambridge and Oxford, respectively.

Baker has 15 years in the industry. He joined Bain & Company — a Boston-based consulting firm— straight after Oxford. Progressing from consultant to a manager role, it was there where Baker gained “tremendous exposure to a wide range of business challenges”, he says. Initially, Baker was involved in sectors as far removed from biological sciences as airlines, but later his attention gravitated back to pharma and biotech. After a six-year tenure, in 2015 Baker joined Abcam as the Head of Commercial Development.

Baker tells me the increased importance of biomarker discovery and validation to further advance drug development for personalised medicine is the most interesting change in demand he has seen. This shift, he says, has been supported by “multiplex analytical approaches”.

For Abcam, Baker reveals, this change in the market increases the emphasis that customers place on long-term reproducibility of the reagents and assays that the company develops. “They can have confidence in adopting them for projects that may turn out to have a 10-20 year lifespan from discovery, through translation, and into the clinic,” he says. 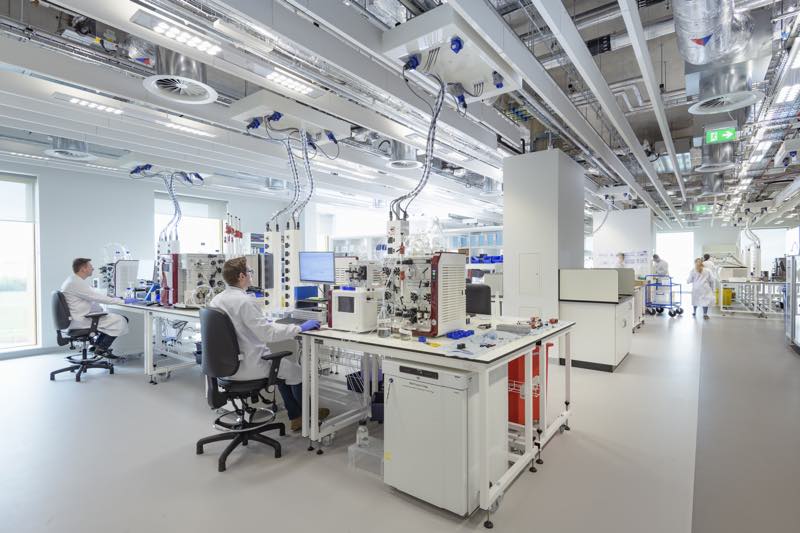 But what drives development at companies that, like Abcam, claim to be industry innovators? Baker says the pharma and biotech industry is putting more and more effort into translational research and product characterisation.

“I think that there is still a big gap between drug discovery and the clinical investigation, and considering the overall cost for a drug to hit the market. It is crucial that the whole industry finds ways to de-risk the route to the patient as early as possible,” he explains.

Baker admits, however, that suppliers like Abcam are expected to provide the industry with the highest quality reagents and services in the most optimised time frame, with a security of supply and with detailed documentation and batch information.

There is still a big gap between drug discovery and the clinical investigation, and considering the overall cost for a drug to hit the market

“But beyond delivering high performance at a 'lab scale'", he says, “we also need to make sure these performances are maintained at an 'industry scale' or in more complex configurations, such as multiplex assays, etc.”

Abcam claims two-thirds of the world’s 750,000 life science researchers use its affinity binders, reagents, biomarkers and assays, and that its products are mentioned in over 20,000 of the 56,000 peer-reviewed papers published each year in the life sciences industry.

With such an impressive record is difficult to pencil a highlight that has been particularly relevant to the industry. Still, assertive as he seems to be, Baker is up for the challenging question. “One notable milestone innovation has been our knockout validation of antibodies,” he says.

The issue is down to reagents lacking reproducibility: not being specific to their target of interest or varying between batches

Abcam has always been dedicated to providing scientists with high-quality reagents. But recently, Baker says, there has been a “reproducibility crisis” affecting the entire life sciences industry.

The issue, Baker tells me, is down to reagents lacking reproducibility: not being specific to their target of interest or varying between batches. “Our solution to this industry-wide issue has been to develop a gold-standard method, using CRISPR-Cas9-created KO cell lines to demonstrate that our antibodies do what we say they do,” he explains.

Baker says Abcam has validated over 2,500 antibodies to-date, and that is one of the largest initiatives that’s been carried out so far. “By driving forward this testing, we hope to influence others across the industry and promote reproducibility to scientists, suppliers, publishers and others involved in the life sciences ecosystem,” he says.

Conjugation-ready solutions is a prominent concept in Abcam’s marketing communications, particularly following the acquisition of Expedeon’s Proteomics and Immunology business. But what is it? Baker explains the theory: “Typically, you need to consider an antibody as a very accurate seeker head designed to find a specific target; a biomarker on a cancer cell, for example.

“The natural evolution of this seeking tool is to equip it with a payload that could have a cytotoxic effect, bringing the cure directly to the tumour (to keep the same example) while minimising undesired side effects.” 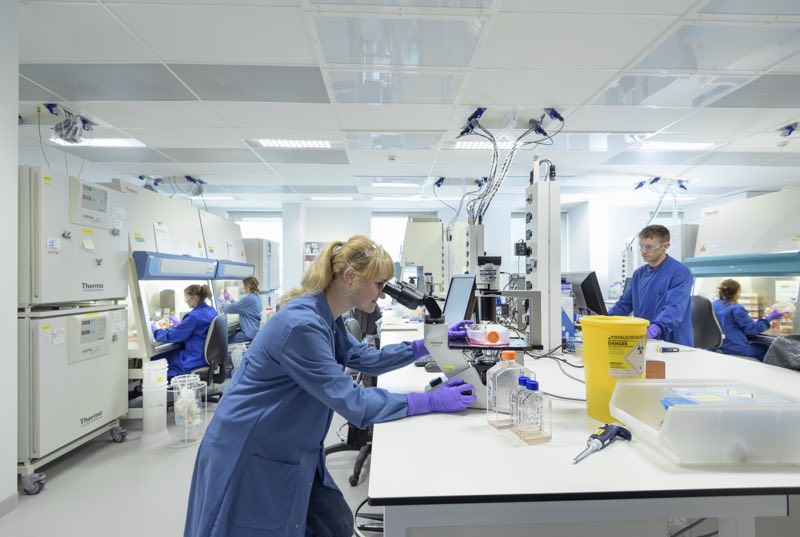 Abcam has put a lot of efforts in developing its deep technical expertise in the field of protein labelling and by joining forces with Expedeon and other conjugation technology experts, including BrickBio, Abcam is in a strong position to address the growing need

That’s a typical therapeutic application, Baker points out, but many other examples in proteomics research require the use of molecular labels that are attached to a protein of interest to facilitate detection or purification of the protein or its binding partners.

“For the past couple of years, Abcam has put a lot of effort into developing its deep technical expertise in the field of protein labelling and by joining forces with Expedeon and other conjugation technology experts, including BrickBio, Abcam is in a strong position to address the growing need of the life science community,” he says.

“This is an alternative to the most commonly used method for antibody development, which is hybridoma-dependent,” Baker explains. “By applying the unique advantages of the rabbit immune system, we are able to produce monoclonal antibodies that have particularly high affinity and sensitivity, and which are particularly suited for IHC applications.”

Baker notes these antibodies are fully recombinant, which overcomes issues related to batch-to-batch variability that can be detrimental to long-term studies and security of supply, or issues that can be experienced by non-recombinant hybridoma-based antibodies including “genetic drift”: where an antibody made using the same hybridoma cell line five years later might have slight variations from the original version of the antibody.

These antibodies are fully recombinant, which overcomes issues related to batch-to-batch variability that can be detrimental to long-term studies and security of supply

“Our clones also have something we call 'enhanced validation', which involves additional testing with different types of samples, tissue microarrays and other applications, so clinical scientists can be more confident that these will work first time in their hands,” Baker enthuses.

What’s next for Abcam? With four locations including the US, the UK, and China, the global biotech company has made it clear its ambition is to expand and cement its position in the edited cell line market.