A world of cloak-and-dagger pharmaceuticals has moved a step closer with the development of stealth compounds programmed to spring into action when they receive the signal.

Researchers at the University of Nottingham’s School of Pharmacy in the UK have designed and tested large molecular complexes that will reveal their true identity only when they have reached their intended target.

The compounds have been developed as part of a £1.26m five-year programme funded by the UK’s Engineering and Physical Sciences Research Council (EPSRC) called ‘Bar-Coded Materials’.

Each spherical complex is encased in a sheath of biocompatible polymer that encapsulates and shrouds biologically active material inside, preventing any biological interaction so long as the shield remains in place.

The clever aspect is in the DNA code that holds the sheath in place until triggered to undo. Because any DNA code (or ‘molecular cipher’) can be chosen, the release mechanism can be bar-coded so that it is triggered by a specific biomarker – for example a message from a disease gene.

An early application might be in dipstick technology – testing for specific infections in a blood or spit sample, for example

What is then exposed – an active pharmaceutical compound, a molecular tag to attach to diseased tissue, or a molecular beacon to signal activation – depends on what function is needed.

Professor Cameron Alexander, who leads the project, says: ‘These types of switchable nanoparticles could be extremely versatile. As well as initial detection of a medical condition, they could be used to monitor the progress of diseases and courses of treatment, or adapted to deliver potent drugs at particular locations in a patient’s body. It might even become possible to use mobile phones rather than medical scanners to detect programmed responses from later generations of the devices.’

The team has proved that the concept works in the test tube – the switchable molecular constructs do respond as expected when presented with the right molecular signals – and is now working hard to push its idea forward.

An early application might be in dipstick technology – testing for specific infections in a blood or spit sample, for example. But because the polymer coating (called polyethylene glycol) is biocompatible, the researchers are hopeful that in the long run ‘self-authenticating medicines’ based on the approach could be injected into patients, to seek out diseased tissue, and report their success. 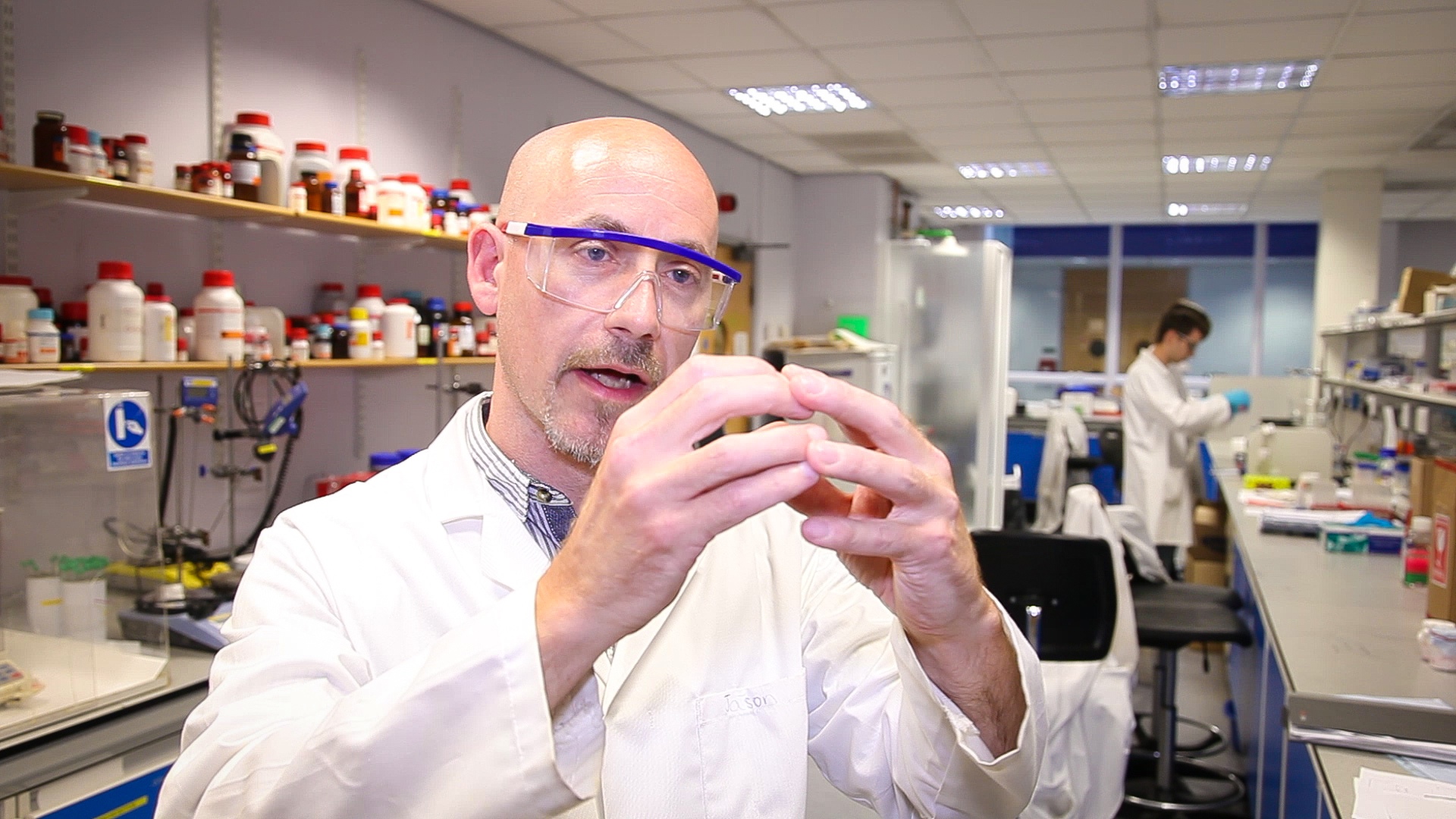 ‘The key to this breakthrough has been the five-year EPSRC Leadership Fellowship awarded to me back in 2009,’ Professor Alexander comments. ‘This has provided the stability of funding to recruit and retain an outstanding team, which has been integral to realising the ideas put forward in the Fellowship. It has also given us the freedom to explore a whole range of new concepts, as well as the time needed to test our ideas to bring this and other breakthroughs within reach.’

The team’s new results have been published in Nanoscale and the full article may be downloaded.