India is already a major player in the global generics market with a number of world-class manufacturing companies. To take advantage of the patent cliff, the Indian Government is undertaking a major initiative to boost the competitiveness of the SMEs and help them break into the international arena

At CPhI Worldwide, India set out its stall as a leading generics manufacturer and exporter. Hilary Ayshford found out what the country is doing to enhance its prospects still further.

In the global pharmaceutical market, there is no doubt that India is already a major player, particularly where generics are concerned. Over the past five years the Indian pharma market has recorded a compound annual growth rate of 15%, despite the global recession, and more than 70% of patients in 87 countries get their antiretroviral drugs from India.

But far from resting on its laurels, the Indian government has embarked on an ambitious initiative to boost this trade still further until it is second only to the US as the world’s largest pharma exporter.

Brand India Pharma is a significant initiative being led by Pharmaceutical Export Promotion Council (Pharmexcil) and India Brand Equity Foundation (IBEF) under the aegis of the Department of Commerce to highlight the value proposition that Brand India Pharma represents today for the global pharmaceutical industry. A strong contingent of Indian companies, together with representatives from the Department of Commerce and Pharmexcil, used the CPhI Worldwide exhibition in Madrid in October to showcase the strengths of the Indian pharma sector and at the same time, the opportunities available in the Indian pharmaceutical market.

‘Given the huge size of India, it enables us to remain profitable and at the same time promote inclusive growth,’ said Sunil Lal, Ambassador of India to Spain. ‘It is a known fact that India is able to produce quality medicines at a very low cost. In other words, the more you buy from India, the less you spend.’

Last year exports of pharmaceuticals from India reached US$13.4bn and are expected to reach a government target of $25bn by 2015, rising to $55–$60bn by 2020, with the focus firmly on generics.

‘We recognise that between now and 2016 a huge number of blockbusters are going off patent and there is no reason why the Indian industry should not be able to capture some part of it,’ said Rajeev Kher, Additional Secretary, Government of India. ‘As the generic segment gains more traction, there is more competition, which at the same time makes it a low-margin business. There is a need to develop competencies that will drive the growth of the Indian pharma market beyond 2013.’

To understand how this is to be achieved requires some insight into the organisation of the pharma industry in India. Essentially, the sector operates in three tiers, Kher told Manufacturing Chemist. The first of these consists of some 50 companies, such as Dr. Reddy’s, Cipla and Ranbaxy, that are global entities and already well integrated with the global distribution system.

The second tier consists of 300–400 companies that are raring to go global and just need a push to help them to take off, and this is where the government support will be concentrated. ‘They need support in areas that will give them financial backstopping, in areas like research and development, and in areas that will help them to meet the high cost of accessing new markets,’ Kher explained. This will be achieved by helping them to reduce their production costs and become more competitive.

What the government is proposing is some kind of cluster manufacturing programme, whereby a group of 20 or so companies will be provided with common infrastructure and facilities, such as common environmental treatment plants so that their costs are shared.

The Department of Commerce will also support these companies in their efforts to achieve GMP compliance, in seeking bioequivalence, in meeting market authorisation costs, and in funding the costs associated with the latest US and EU regulations, such as the European Directive on Falsified Medicines. ‘This is the kind of support that we are going to give increasingly to them and thereby make them more competitive and more “spiky”,’ Kher said.

New opportunities will come from rising aging populations, expansion of the middle classes, who can afford to buy medicines, and medical insurance coverage

Another area where government resources will be focused is in developing new drug delivery systems for generics and improving presentations by employing advanced packaging technologies to create products for discerning markets.

The third tier of the Indian pharma industry consists of companies that still need a lot of nursing and hand-holding. ‘We are not overly ambitious – we don’t want them to be catapulted immediately into the global market, but what we will do is create a regulatory environment for them where they can gradually grow.’ 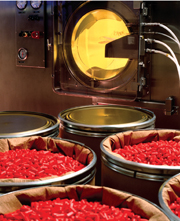 In geographical terms, India is targeting the export markets of Africa, the CIS nations, South America, South East Asia and China. Many of these countries have a population that is growing increasingly affluent, with a corresponding increase in healthcare provision that will make them prime target markets for Indian pharmaceuticals.

‘New opportunities will come from rising aging populations, expansion of the middle classes, who can afford to buy medicines, and medical insurance coverage,’ said Kher.

The fact that some of these countries, notably China and Argentina, have seen very little penetration to date is due to non-tariff restrictions preventing Indian exports. ‘The whole world is sourcing from India, but Argentina won’t let India export to it,’ Kher said. ‘So we are talking to them and negotiating with them because it doesn’t make any sense.

‘We are working on two fronts: one, on purely commercial grounds; and two, on seeking institutional solutions to commercial problems – for example, seeking new trade agreements.’

One of the main concerns is to preserve the Indian pharma sector’s reputation for high quality products. ‘We are very cautious in our approach,’ Kher emphasised. ‘We have taken measures such as trace and track technology, whereby every consignment out of India will now bear a barcode authorisation.’ The programme is being phased in over the next few years, but once it is fully implemented every medicine that comes out of India will carry a barcode attesting to its quality.

One very positive trend, Kher felt, is that more than 50% of India’s pharma exports go to the highly regulated markets of the US and the EU, which account for 20% and 24% of the total respectively.

‘But we also recognise that some of the regulated markets have been ignored by us – for example, Japan,’ he said. ‘But Japan lately has come up with a policy that 30% of their medicines sourcing will come from generics. Who is better positioned than India?

We recognise that Japan is an extremely brand conscious market, so we have to deal with this challenge and we are preparing ourselves for that

‘However, we also recognise that Japan is quality conscious and an extremely brand conscious market, so we have to deal with this challenge and we are preparing ourselves for that.

‘We have already started the process by negotiating a certain provision that clearly states that Japan will give the same treatment to our medicines as it gives to its own medicines,’ he added. ‘This makes it compelling for Japan that they simplify their procedures in a way that gives us easy access into the market.’

There have been many improvements in the overall quality of the products in the Indian pharma market over the past few years, but there is a strong need to convey these changes to the global audience, according to Dr S E Reddy, Deputy Drug Controller General, Government of India.

He pointed out that the Indian pharmaceutical industry has been regulated for the past 70 years under the Drugs and Cosmetics Act. The main objective of this Act is to ensure that the drugs that are available meet high safety, quality and efficacy standards. The Act also regulates manufacture, import, sale and distribution of drugs.

‘India is regulating APIs as drugs, unlike the scenario in many developed countries,’ he pointed out. ‘Factors like these reiterate the fact that Indian medicines are high in quality and at the same time cost-efficient.

However, he recognised that there are some loopholes in the regulations that need to be plugged properly, especially with respect to clinical trials and the registration of ethics committees, investigators and clinical trials centres.

The proposed amending of the Drugs and Cosmetics Act to require registration of all the committees, trials centres and investigators is underway: the draft notification has been issued and the consultation period during which the industry and the public can submit comments is ongoing. Final notification of the changes will take place probably within the next six months, but definitely during 2013.

‘The loopholes have been that the ethics committees are independent bodies and at present there is no registration of these ethics committees. We are also in the process of registering the clinical trial centres to ensure that they are complying with the requirements of Good Clinical Practice,’ said Reddy.

‘We are also in the process of registering the investigator. The clinical investigator may be involved in multiple studies, but the regulator may not be aware of all these things. With this registration, at any given time, the number of clinical trials that are carried out by a particular investigator will be known to the regulatory authorities.’

India adopts a price control system on basic drugs, but doesn’t compromise on the strong quality profile of Indian medicines. The pharmaceutical quality standards applied in India are as rigorous as any regulated market. India has the most US FDA market authorisations (more than 1,900) and approximately 1,000 WHO cGMP approved pharma plants.

‘The requirements that are laid down under GMP in India are the same basic principles applied by any authority, such as the US FDA, MHRA or EMA,’ Reddy pointed out. ‘The only differences may be the procedures that are applied to comply with the principles.

‘We are in the process of entering into a Memorandum of Understanding (MOU) with international agencies – this is ongoing and some proposals have been put forward.’

In short, it seems that a number of factors are coming together to create a ‘perfect storm’ for Indian pharma exports. The country has a strong basis in science education, particularly in chemistry; an innovative spirit with a high level of entrepreneurial skills; a strong legislative and regulatory framework covering intellectual property protection and quality standards; and outstanding opportunities in both new and existing export markets.

‘So the time is opportune for all this,’ said Kher. ‘Policy evolution in these countries, our capacity to be able to export – they are all converging at the same time.’