WuXi STA, the Chinese CDMO with a global footprint, embraces the need to develop drugs for customers using safer, more cost-effective technologies and expedite their time to market 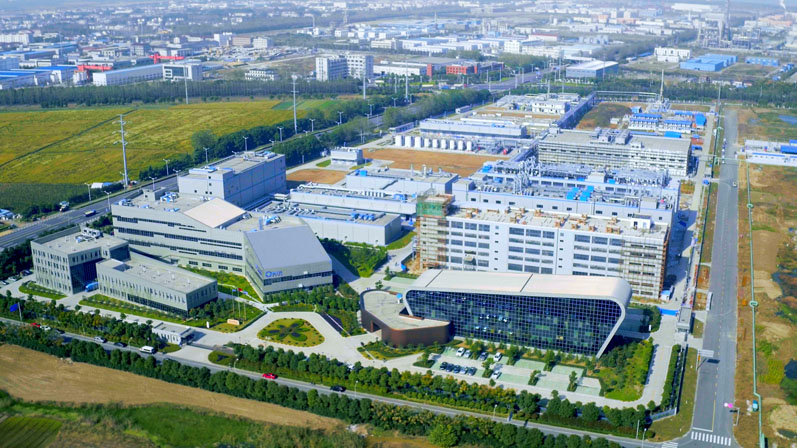 One of the main considerations for both pharma companies and contract development and manufacturing organisations (CDMOs) is that with chemistries and drug targets becoming far more complex, it’s becoming increasingly important to optimise manufacturing processes while simultaneously reducing time to market.

It’s one of the reasons why we’re seeing more full-service CDMOs — with a wider array of technical capabilities and technologies to overcome specific challenges — emerge, facilitating the switch between processes as a compound progresses between steps.

This is particularly important in the development stage when a broad array of techniques may be needed to successfully synthesise a compound; it might well be the difference between reaching a key milestone and failure. In the future, with the pharmaceutical industry outsourcing more product development, it’s going to be a key differentiator for CDMOs.

Having one or two technologies in-house will not be enough to serve the ever-more complex new drug pipeline, or the broader scope of innovators who often have less manufacturing or scale-up experience than traditional pharma. Dr Kevin Robinson spoke to Gangli Gong, PhD, Senior Director of Process R&D at WuXi STA to discuss a recent case study that involved a full complement of techniques to help a client advance through development.

KSR: You have developed a safer and more scalable flow chemistry process. What was the original process like and what was wrong with it?

GG: The original process was being used to make an intermediate for an active pharmaceutical ingredient (API). And, utilising commercially available materials, we were already aware that the procedure included four steps. During stages one and two, highly toxic HCN was generated and, in stage two column chromatography was required for purification.

In stage three, a batch process, the chemical reactions involved the production of a ketone. However, the problem with this technique was that the over-addition was unmanageable as the ketone tended to be unstable and undergo unwanted secondary reactions. Stage four, which was a reduction step — from ketone to alcohol — generally showed poor stereoselectivity and yield. When all these factors were combined, the overall process were severely hindered by safety and scalability issues … and delivered yields of less than 10%.

KSR: Based on these observations, how did you address these issues? What changes did you implement?

GG: Putting it simply, we referred back to basic chemistry to design a new synthetic route, optimise the process and improve the yield. We developed a new and shorter route for the intermediate manufacture which led us to a successful delivery of 10 kg API.

KSR: How well would you rate the success of that process?

GG: It was very successful. In general terms, we managed to reduce the number of synthetic steps from four to three and avoid the use of cyanide (subsequently preventing the production of HCN). Additionally, during the first two stages, we were able to generate a solid product and introduce purification by crystallisation instead of column chromatography — another benefit.

With regards to the process chemistry, the overall yield improved from 10 to 52% and the final chiral purity increased from 7:1 to 99.9:0.1

Particularly during stage four, the original process employed Ru-catalysed asymmetric hydrogenation, which suffered from poor yields (28%) and only moderate enantioselectivity. However, by using an enzyme-catalysed ketone reduction we delivered both better yields (70%) and excellent enantioselectivity.

In addition, by eliminating the use of cyanide and column chromatography in the early stages, the procedure is actually both safer and more scalable. We actually used this technique to successfully produce a 5 kg batch of pure product and I should also mention the toxicology that we used to deliver even more benefits to the patients.

KSR: Is this a transferable technology or an application that can be used elsewhere in the industry?

GG: There are certainly transferrable applications, such as this one, that can be used elsewhere in the industry. If you want to make a ketone, for example, there are several ways to go about this. You can hydrate an alkyne or use a Grignard reagent to convert a nitrile to form ketones. In the original process, though, highly toxic hydrogen cyanide was generated as a by-product.

We wanted to improve this stage and, after some research, we realised that amides can be used with Grignard reagents to produce the required ketone. And, mainly because of the inherent properties of the amide, the resulting ketone was less prone to over-reacting and there was less chance of impurities being formed.

That’s why, during the first stage, we changed the structure a little bit. The second stage involves the actual purification step, which is when the ketone comes into the equation. We looked at the best way to manage the “ketone situation” and realised that the most effective way to control the process was to introduce flow chemistry.

With the application of flow chemistry you can control the reaction by avoiding over-reaction between the product ketone and Grignard reagent. Essentially, we used a more controllable technology to solve the stability issue of reaction mixture and increase the quality of the products at the same time. To purify the product, we introduced crystallisation to replace the extant column chromatography; crystallization is the only technique that’s able to produce absolutely pure, perfect crystals of a given compound.

For the following asymmetric ketone reduction, we did try to use a number of metal-catalysed methods to test for hydrogenation … but the best result we could obtain was a moderate enantioselectivity of 7:1 at a 30% conversion rate. Therefore, after screening, we found that enzyme-catalysed ketone reduction was the best option, since it increased the yield to 70%.

KSR: And I assume that there must be cost savings and time savings associated with that as well?

GG: Yes indeed. Not only did the yield improve, but the process time was a lot shorter as well, which meant we could do more and in less time.

KSR: And, talking more broadly about integrated technologies, do you think that this will serve as good example to encourage more companies to implement them and realise the benefits?

GG: Yes, definitely. During the past 15 years of operational experience and working with clients across several areas, we’ve been able to assess a number of different technologies and evaluate their ability to innovate and enhance the manufacturing process.

With almost every drug synthesis, there’s a couple of reactions that need to be catalysed. Yet, at the same time, there are so many potential catalysts and conditions that identifying the best parameters for your process can be problematical. As such, high throughput screening has become a very powerful implement in the process development scientist’s toolkit when it comes to the optimisation of catalysed reactions.

In addition, flow chemistry and continuous processing are continuing to emerge as very powerful technologies.

I’m now convinced that, without the benefits of flow chemistry, we simply wouldn’t be able to complete a good number of the projects we undertake or deliver the required product

And, it’s not just that flow chemistry can be applied to solved so many problems, as described above, it’s also about limiting the risks associated with those processes and increasing the overall productivity.

If a reaction is difficult to control, we use flow. If companies are looking at cost or time reductions, then the use of integrated technologies is the way to go. Adopting continuous processing facilitates the movement from development to full-scale production, helping to deliver the product to the client in a shorter timeframe and expediting that product’s time to market.

When companies start to appreciate the time and cost benefits that can be achieved, it will encourage more and more of them to implement these solutions and get a head start on the competition.

KSR: Is this technology providing benefits to you as a CDMO?

GG: Absolutely. The ability to switch between approaches makes a big difference in our ability to expedite any customers development. With complex chemistries now prevalent in the pipeline, having these capabilities is essential in being a globally capable CDMO, you need a suite of enabling technologies.

On that note, working as a ‘strategic CDMO’, is not the same as being a traditional (transactional) CMO. We work very closely with our clients, and they want to learn about the technologies we use, as well as work with us. As such, we don’t just engage them in a contract and then simply deliver the finished product.

We also provide development knowledge so that the client gains insights regarding how these technologies and processes can be used. We believe it’s a great benefit to them in future projects and the industry as a whole. And, by lowering the overall cost of producing a drug and getting it to market faster, the ultimate beneficiary is, of course, the patient.