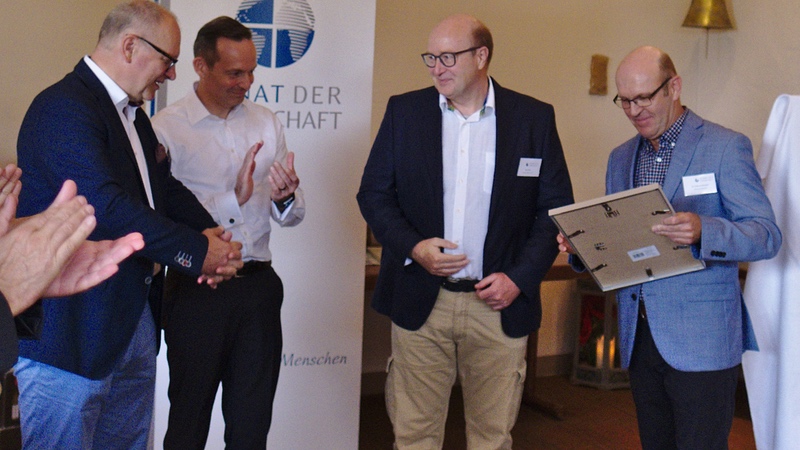 Appointment of Mr Jörg Pieper to the Senate of Economy (Germany)

Jörg Pieper, CEO of Romaco Group, has been appointed to the Senate of Economy (Germany) in June 2019. He represents the Romaco Holding GmbH.

The Senate of Economy is made up of personalities from industry, science and society who are particularly aware of their responsibility to the state and society. Together, they help to practically implement the Senate’s objectives for the common good, to achieve sustainability in the interests of the eco-social market economy.

The Senate of Economy revives the traditional idea of the Senate in ancient times. It is a well-balanced circle of friends with an independent mind in pursuit of the common good rather than merely their own private interests.

The Senate of Economy is guided solely by the common good and is in constant dialogue with representatives of politics and science. The Honorary Senators Sigmar Gabriel, Jean-Claude Juncker, Professor Günter Verheugen, Professor Klaus Töpfer and Rosi Gollmann, alongside many other experts, are driving forces providing exciting inspiration.

The Senate’s ethical principles should also serve as the basis and guidelines for the economic activity of its members. Fairness and partnership in business life as well as the social skills of entrepreneurs and managers have a formative influence on the Senate’s work.