Single Use Containment for ADC manufacturing:

Solo Containment Ltd are UK based specialists in the manufacture of “Single Use” HP API containment and “Single Use” aseptic and inert gas environment isolators: Visit www.solocontainment.com

Antibody Drug Conjugates (ADC’s) are an important class of highly potent biopharmaceutical drugs designed as a targeted therapy for the treatment of cancer. Hence, ADC’s are rightly recognised as highly hazardous materials often with occupational exposure limits (OEL) below 100ng/M³ / 8Hr work day. To put this into context a grain of table salt weighs around 150,000ng. 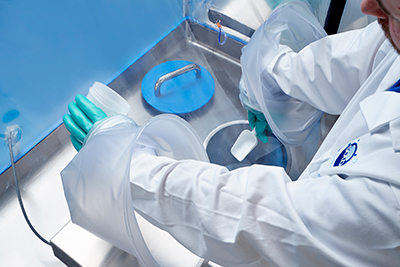 Obviously the acute potency of these materials creates a significant risk to personnel involved with the various manufacture stages. The accepted method to counter the risk of exposure to ADC’s is seen as the implementation of Barrier Isolation systems in production and research facilities. Barrier isolation systems are recognised as the highest level of current containment technology creating both respiratory and dermal protection from ADC’s and associated materials.

Whilst the use of a stainless steel hard shell isolator creates a highly effective operator protection solution to ADC manufacture, there is a significant isolator decontamination issue. Many ADC’s are produced on a small run campaign basis with typically weeks of manufacture rather than campaigns of months or years. Hence for many ADC manufacturers the cleaning validation burden associated with a hard shell stainless steel isolator can be an issue.

Solo Containment has developed a high performance flexible film isolation system which has proven during a number of SMEPAC1 test protocols to attain containment standards suitable for ADC activities. Typical containment performance during representative dispensing of 10Kg lots of Naproxen Sodium as per the results table below: 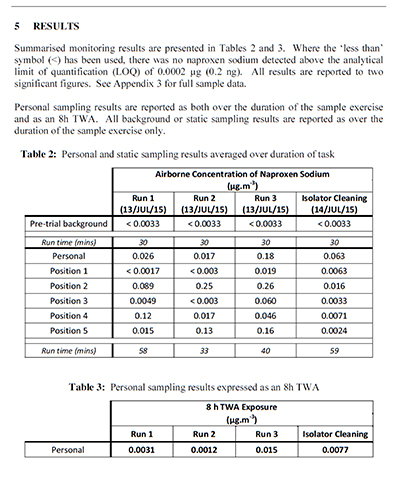 Typically ADC compounding requires the integration of highly accurate weighing and dissolution of toxin strains into carrier fluids. This necessitates the inclusion of analytical balances and a magnetic stirrer below the compounding flask. Once the fluid is prepared peristaltic pumps are used to transfer the fluid out of the isolator. Based on these activities power and data line interfaces and below bench magnetic stirrer stations are often incorporated into Solo single use designs.


Whereas the performance of both the rigid and the flexible film isolator are broadly similar, the massive cost reduction associated with Solo’s flexible isolators allow true “Single Use Operation” Disposal - instead of Cleaning.

Obviously the complete isolator/HEPA filter disposal with the elimination of cleaning validation represents a major benefit of the flexible film isolation systems over the classic hard shell stainless steel isolators. To attain this key objective the pre assembly of all production and air filtration components into a customer ready and possibly gamma irradiated kit is necessary.

Solo containment has pioneered this system and is able to offer a number of isolator size and formats in a cost effective “Single Use” package. Care and attention is paid the isolator disposal phase permitting the contaminated flexible enclosure to be collapsed by fan vacuum and all contaminated parts such as inlet, transfer and exhaust HEPA cells , continuous liner systems and spill trays all to be rolled up into a hazardous waste disposal drum for incineration.

In conclusion the “Single –Use” flexible film isolator for ADC manufacture provides a high assurance of operator protection, can be validated by IQ/OQ protocols to provide regulatory compliance and yet eliminates the cleaning validation and long campaign change overs associated with hard shell stainless steel isolators.