Reflecting the global interest in the South Korean pharma market, CPhI Korea 2017 will see a 13% rise in the number of exhibitors, in addition to a more than doubling of overseas buyers since 2015 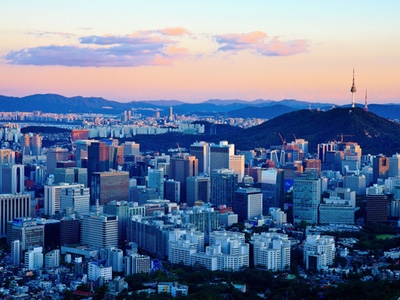 CPhI Korea returns to Seoul COEX Convention and Exhibition Centre for its fourth edition from 22–24 August 2017. The show will co-locate with ICSE, P-MEC, BioPh and Health Ingredients Korea.

This surge in international companies wanting to partner in Korea reflects a flourishing South Korean pharma economy which, in recent years, has become the third largest pharma region in Asia, with a forecasted growth from US$18.6 billion in 2016 to $20.4bn in 2020.

The domestic biopharmaceutical market has also observed a notable surge over the last 5 years with a compound annual growth rate (CAGR) of 9%.

One of the main factors for this growth stems from government incentives such as the ‘Incheon Free Economic Zone’, with the intent of becoming one of the future top 3 economic zones in the world.

Along with Bio-Vision 2016, which was initiated in 2006, to develop South Korea’s biotechnology over 10 years and solidify the country as a global biotech leader.

A free trade agreement with the US has also facilitated investments from multinational companies, leading to an internationalisation of the regional pharma market, with a pharmaceutical exports boom in recent years to £3.9bn in 2016.

Gathering more than 180 exhibitors and over 5000 attendees from 50 different countries, South Korea’s most prominent pharmaceutical event is providing unprecedented opportunities for pharma professionals across the industry to engage with the South Korean pharmaceutical market.

"It is unsurprising that the past few years have seen such a significant surge in international interest. This is an incredibly exciting time for the South Korean pharma market, as the region continues to be a global pioneer in innovation, boasting an extremely robust and growing R&D sector.”