Fundraising soared and the momentum has continued into 2015 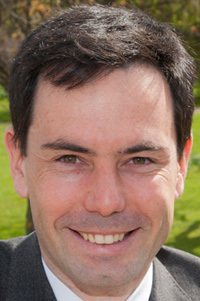 Steve Bates: 'It is clear that the UK biotech funding ecosystem has learned lessons from its history'

Over the past decade, the UK's biotech sector has outperformed other European countries, raising more than £900m through IPOs and US$2.4bn in venture capital, a new report reveals.

The report, UK Biotech: A 10-Year Horizon, compiled by market research firm Evaluate and the UK BioIndustry Association (BIA), says fundraising soared in 2014 and the momentum has continued into 2015.

In 2014 funding raised through IPOs was £408m, accounting for almost half of the total of funding raised in this way in the past decade. In this year alone, nine companies listed on the public market, including Circassia, an Oxford-based allergy drug developer.

New entrants have seen a good stock market performance in the UK, including a 247% share gain by 4D Pharma, the Manchester developer of irritable bowel syndrome product Blautix, since its IPO.

UK venture capital funding also improved in 2014, rising 71% from the previous year to $430m, with venture capital (VC) firms doing fewer, bigger rounds at an earlier stage. On the down side, seed funding of early stage companies by VC has fallen dramatically and highlights the need for alternative funding and the return of specialist investors willing to take a more long-term view of the industry. The funding is also not of the levels in the US, especially in terms of the VC community and NASDAQ market.

Steve Bates, BIA Chief Executive, is optimistic for the future, stating it is clear that the UK biotech funding ecosystem has learned lessons from its history and is doing things differently this time around.

'We are seeing the development of different forms of investment for innovative UK companies. In contrast to the more generalist US investors, the UK’s specialist investors understand the need for patience, restocking funds while capital is plentiful, giving well-backed UK companies more financial runway to succeed,' he said.

Bates added that more biotech companies are now able to stay private and focus solely on developing their science and products for longer, which gives the management teams a better shot at success. but he said it was important 'not to get carried away with ourselves because of a strong 18 months. We know developing therapies is a long-term play and the cyclical nature of capitalism hasn't come to an end'.

Bates said there is still a key role for government to play, both in terms of supporting fundamental science research and enabling that to translate into viable new companies through Innovate UK, and especially the Catapults and Biomedical Catalyst. At the same time, regulatory reforms and development are also helping to accelerate the development of promising new therapies.

New and improved therapies for an ageing population and investment in and development from genetic and biological science will continue, with the UK 'strongly placed on both', he added.