Pharmaceutical outsourcing specialist Quay Pharma’s new purpose-designed laboratories and headquarters have been officially opened by the Deputy First Minister of Wales, Ieuan Wyn Jones, who unveiled a plaque to commemorate the opening, and toured the new facility.

The £2.7m facility in North Wales, which was supported by a £784,000 Single Investment Funding by the Welsh Assembly Government, has enabled Quay Pharma to bring together its entire range of services – which were previously housed in two separate facilities – under one roof. The company has also installed a variety of new equipment to meet increasing demand for its specialist capabilities, which include formulation development, novel drug delivery design, analytical method development and clinical trial manufacturing and packaging. It is expected that around 65 new r&d jobs will be created over the next three years as a result of this investment. 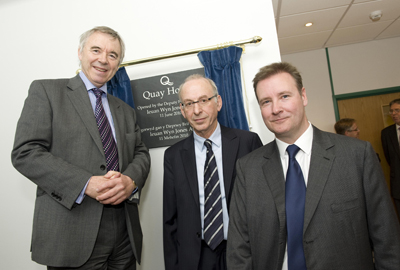 Established in 2001 by Professor Mike Rubinstein, Quay Pharma provides formulation, analytical development and clinical trials manufacturing for companies worldwide. Quay has particular expertise in oral dosage form design and development and is a specialist in the formulation of drugs that exhibit poor solubility and bioavailability.

‘The opening of our new headquarters marks another significant milestone in Quay’s short but very successful history,’ said Professor Rubinstein. ‘We will now be able to offer an enhanced level of support and bring our expertise and specialisation to an even wider client base.’ 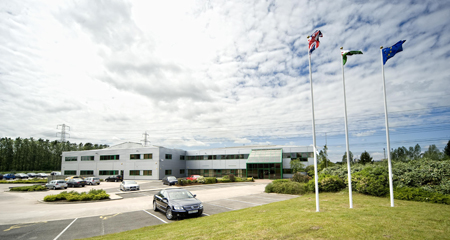 The £2.7m facility in North Wales has enabled Quay Pharma to bring together its entire range of services under one roof