The Indian pharmaceutical market is poised for the next stage of its development, having seen manufacturing innovation and development technologies rise thanks to the explosion in generics production, says a new report by India Brand Equity Foundation (IBEF).

In its overview of the generics market in India, IBEF has found that over the last three years exports of pharmaceuticals (largely generics) have grown by 21.5% (CAGR) and now account for more than US$13bn in annual sales. Nearly 40% of Abbreviated New Drug Applications (ANDA) received by the FDA last year were from India, with a further 87 confirmed and another 25 already received in the first six months of 2013.

This huge growth in generics production has seen the country become a centre of manufacturing innovation, according to IBEF. India has over 3,000 DMFs registered with the US FDA, which coupled with increased investments in R&D means India is now ready to challenge Big Pharma and start producing more patented products. A natural evolution of the success of the generics market has been the rise in 'supergenerics' across India where much R&D spend is currently being invested (e.g. Lincoln Pharma’s patent for NDDS).

There are now 546 US FDA-approved company sites (second only to the US), 23 companies holding 1,100 authorisations with the UK's MHRA, and 166 companies with CEPs (Certificates of Suitability) from EDQM.

Recognising this opportunity, the Government of India is putting in place supportive initiatives with the goal of cementing the country’s position as the ‘pharmacy of the world’ and creating a global innovation hub. With generics predicted to rise to 35% of global pharmaceutical market value by 2016 (some $400bn+), and with an annual growth rate of 27% among Indian generics exports (compared with the global average of 10%) the Government and the Pharmaceuticals Export Promotion Council of India (Pharmexcil) forecast that much of this revenue will be reinvested across the country in new research leading to a steady pipeline of future drug targets.

In support of this, the Indian Government has committed to three schemes including a major multi-billion dollar initiative with 50% public funding through a public-private partnership (PPP) model to harness India’s innovation capability.

In addition, the Government has made tax breaks available to the pharmaceutical sector and a weighted tax deduction of 150% for any R&D expenditure incurred. It has also introduced 19 dedicated Special Economic Zones to help stimulate pharma sector investment across the country.

Steps have also been taken to streamline procedures covering development of new drug molecules and clinical research, including the ‘New Millennium Indian Technology Leadership Initiative’ and the ‘Drugs and Pharmaceuticals Research Programme’.

IBEF says Dr. Reddy’s, Lupin Labs, Sun Pharma, Ranbaxy and Cipla have invested more than $500m in R&D, which is allowing increased innovation in manufacturing processes and will ultimately help to lower the cost of medicines production.

'India has a basket of generics that are second to none in terms of quality. The industry is on track to expand its reach to newer markets, which makes it equally critical for the Indian pharmaceutical industry to keep its focus on quality, affordability and accessibility of medical solutions for the global pharma market,' said Rejeev Kher, Additional Secretary, Department of Commerce, Ministry of Commerce and Industry, Government of India.

'The country’s success in generics manufacturing is helping to keep our industry at the forefront of innovation and over the next few years we are lending our support to the R&D effort across the country so that we are leading in generics production and even developing new drugs out of India.'

'The Government of India is supporting the Brand India Pharma campaign to reiterate that the Indian pharma market offers credible, affordable and sustainable healthcare solutions.' 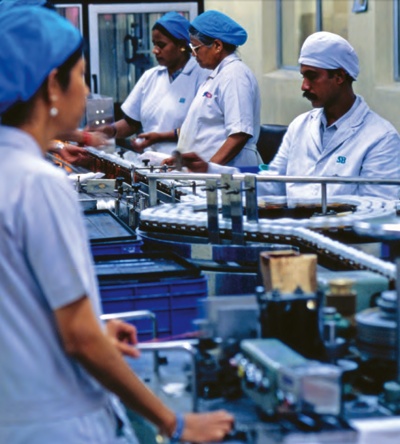 India has become a centre of manufacturing innovation