A new solvent for green chemistry

Cyclopentyl methyl ether has properties that make it easy to use, greener, and a more cost effective process solvent for many types of synthesis. Zeon Corporation explains why

Cyclopentyl methyl ether has many properties that make it a greener, easy to use, and a more cost effective process solvent for many types of synthesis. Zeon Corporation explains why

In the early 21st century, typical ether solvents such as diethylether, tetrahydrofuran (THF), 1,2-dimethoxyethane (DME) and 1,4-dioxane were used widely – their high solubility made them popular agents in synthesis. But they have some inherent drawbacks, such as low boiling points, ready peroxide (PO) formation, and readily soluble in water but difficult to recover from water. To overcome these disadvantages, methyl t-butyl ether (MTBE) has sometimes been used. However, it still has a few impediments, such as low solubility, instability under acidic conditions and a low flash point.

In the meantime, Zeon has been commercialising products from proprietary raw materials derived from C5 fractions. In particular, cyclopentyl methyl ether (CPME) was developed from these raw materials using synthetic technologies to provide an alternative to the above-mentioned traditional ether solvents. The company simultaneously carried out the marketing research, the development of a commercial process and the safety evaluation of this new solvent in order to save development time.

CPME has proved to be quite useful as a process solvent for organic synthesis, simply because it is free of the drawbacks present in the more traditional solvents.

Launched in November 2005, demand for CPME has been growing in the pharmaceutical industry as well as in the electronic and fragrance industries. As of now, Zeon’s annual production capacity of CPME is about 1,000 metric tonnes. For a quick comparison, the general properties of CPME along with those of other ethers are summarised in Table 1. 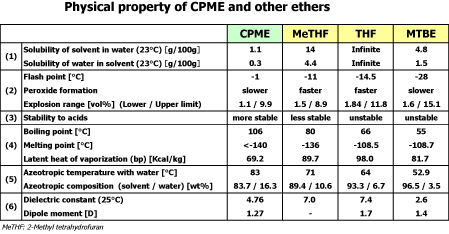 Table 1: The physical properties of CPME and other ethers

The main points are: 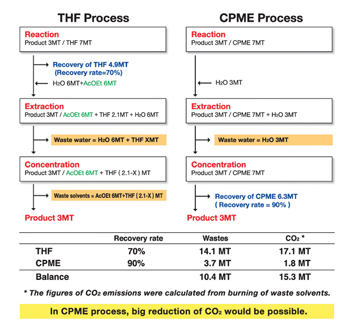 Figure 1: Carbon dioxide emissions work out less in the CPME process compared with that for THF


In addition, the ready dehydration by azeotropic distillation of CPME with water could reduce waste water and waste solvents. Furthermore, the higher boiling point and the lower heat of vaporisation of CPME saves recovery energy in the solvent recycle. 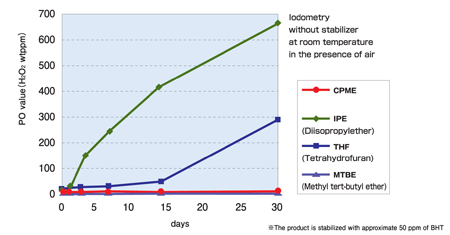 Figure 2: In this diagram of peroxide formation, the CPME level remains relatively slow


Safety concerns for ether solvents usually stem from their explosive nature arising from concomitant PO formation. As shown in Figure 2, when held in the presence of air, in a dark place at room temperature without a stabiliser, diisopropyl ether (IPE) and THF saw quite rapid formation of PO, while the PO formation from CPME was quite sluggish – similar to that of MTBE, which hardly generates any PO under these conditions. For further safety reasons, however, Zeon supplies CPME with about 50ppm of butylated hydroxytoluene (BHT) as a stabiliser, while the commercially available THF usually contains 250ppm of BHT.

Process innovation
As shown in Figure 3, in the case of the THF process, ethyl acetate is necessary as an extraction solvent. In the CPME process, CPME plays the role of not only a reaction solvent but also of an extraction solvent, thus dangerous concentrations and troublesome extractions can be avoided. This means CPME can save time and simplify overall processes, which results in a fixed cost reduction.

Figure 3: Process simplification can be achieved with CPME


CPME can also reduce variable costs due to its high recovery rate, the removal of any need for extraction and crystallisation solvents and the reduction of waste disposal. Figure 4 shows that the total variable cost for the CPME process is much less than the other solvent processes, despite its higher price (Note: the prices used here are for the purpose of the calculation only – actual prices would vary according to conditions such as quality, quantity, location, time etc). This calculation implies that prices themselves might not be very important. 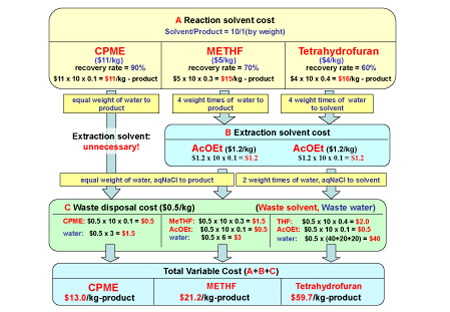 Figure 4: An example of how CPME can produce a variable cost reduction (the prices used here are only to demonstrate their cost reduction with CPME. The actual prices would vary according to conditions such as quality, quantity, location, time, etc)

Improved Pinner reaction
As an illustration of its use in Green Chemistry and Process Innovation, the example of an Improved Pinner Reaction (Table 2) is provided. The requirements for a single solvent process are stability towards acids, solubility of raw material and insolubility of product. 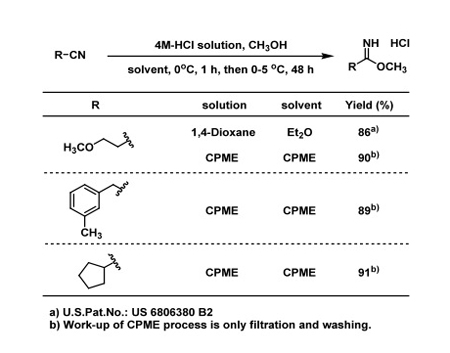 
In this case, 4M-HCl in CPME is used because CPME is stable to gaseous hydrogen chloride (HCl). The raw materials, nitrile and methanol are soluble in CPME. After reaction, a white crystalline product is precipitated because it is insoluble in CPME. The product is therefore easily isolated by filtration and washing.

In comparison with the original process (see Figure 5), the process has been shortened and simplified by using CPME without the need for dangerous solvents such as diethylether and dioxane. The original process, which consists of nine steps, is not recommended for scalable preparation of Pinner products, which are often sensitive to moisture and prone to decomposition. The quick work-up sequence with CPME is thus very valuable in handling such sensitive products.

Commercially available reagents
Prepared CPME reagents are convenient for chemists, especially in the lab. HCl in CPME is marketed by some companies, such as Watanabe Chemical Industries, Kokusan Chemical Co, Sigma-Aldrich and Tokyo Chemical Industries Co.

Traditionally, HCl solution has been supplied in many types of solvents, such as ethyl acetate, dioxane, etc. However, chemists should be aware of the potential decomposition into acetic acid for ethyl acetate, and of the toxicity of dioxane. On the other hand, CPME is more stable to hydrochloride and less toxic. As a consequence, HCl solution in CPME has been recognised as a very useful reagent for the deprotection of Boc groups and chlorination, etc.

As for bases, lithium t-amoxide (LTA) and sodium t-amoxide (NTA) in CPME are available from Chemetall. CPME shows better solubility of the NTA compared with THF and MeTHF.

Conclusion
The unique properties of CPME, such as high hydrophobicity, high boiling point and low peroxide formation, contribute to greener chemistry through a reduction in the total amount of solvents used, waste water and waste solvent created and carbon dioxide emissions produced.

CPME also contributes to process innovation, where it can save process time and facilities by shortening work-up time and simplifying the total process, which means fixed costs are reduced. In addition, CPME can reduce variable costs due to its high recovery rate and no need of extraction and crystallisation solvents. Its good stability under acidic and basic conditions contributes to process innovation as well. These properties of CPME pave the way for such innovations as one-pot synthesis and telescoping. 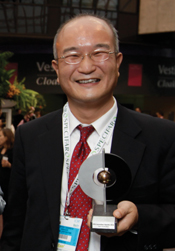