An international team of scientists, led by the University of Glasgow, has announced findings that could pave the way to a new treatment for asthma and chronic obstructive pulmonary disease (COPD) 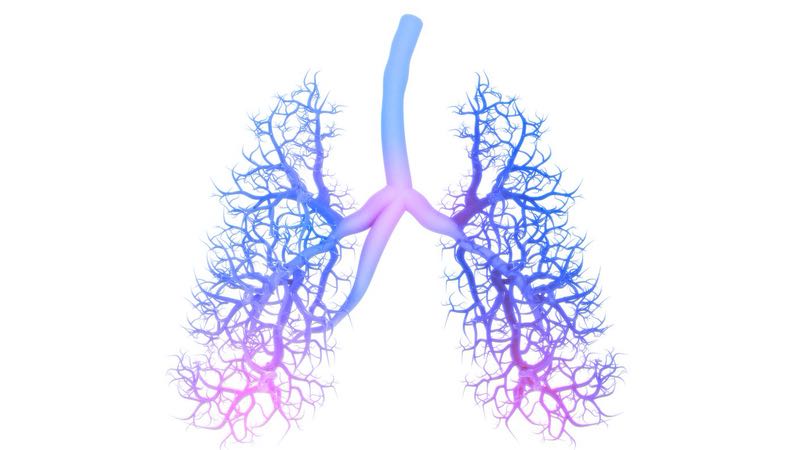 An international team of scientists, led by the University of Glasgow, has announced findings that could pave the way to a new treatment for asthma and chronic obstructive pulmonary disease (COPD).

The breakthrough findings, published today in Science Translational Medicine, identify a new class of drugs that reverse the symptoms of asthma in animal models.

Researchers also found that the same drugs, when applied to lung samples obtained from human donors, showed effects similar to those seen in the animal models. Scientists believe that these combined findings offer new hope that these drugs could provide new medicines for human inflammatory lung disease.

The drugs used by the Glasgow team work through a mechanism that is distinct from currently prescribed medicines for asthma and COPD. The findings describe a route to alternative treatments for patients suffering from severe forms of asthma and COPD, that are not controlled by current frontline treatments.

The new approach is centred on the activation of a protein that, up until now has been known to respond to fats contained in our diet. The protein, called free fatty acid receptor 4 (FFA4), is found in the gut and pancreas where it is activated by dietary fats including the fish oil omega 3. Once activated FFA4 is known to help control levels of glucose in our blood.

By designing a new class of drugs that activate FFA4 in the lung, the researchers found that the muscle that surrounds the airways relaxes allowing more air to enter the lung. They also found that activators of FFA4 also reduced inflammation caused by exposure of mice to pollution, cigarette smoke and allergens like house dust mite that cause asthma.

In this way they have established that activating FFA4 can reverse the key hallmarks of inflammatory lung disease heralding the prospect of new drugs for the treatment for lung disease.

Andrew Tobin, Professor of Molecular Pharmacology at the University of Glasgow, said: "It was indeed a surprise to find that by targeting a protein that up to now has been thought of as being activated by fish oils in our diet we were able to relax airway muscle and prevent inflammation. We are optimistic that we can extend our findings and develop a new drug treatment of asthma and COPD."

Professor Graeme Milligan, Gardiner Chair of Biochemistry at the University of Glasgow, added: "We were delighted to see the effectiveness of this class of drugs in relieving the symptoms caused not only by agents that result in asthma but also by pollutants and cigarette smoke."

Professor Christopher Brightling, an author on the paper from the University of Leicester and a Consultant of respiratory medicine, said: "By the identification of this new mechanism we offer the hope for new effective medicines for those patients that are not responsive to our current treatments."

The paper, 'Pathophysiological regulation of lung function by the free fatty acid receptor FFA4' is published in Science Translational Medicine. The work was funded by the Medical Research Council (MRC) and the Biotechnology and Biological Sciences Research Council (BBSRC).