A New Year report from CPhI forecasts 2018 will be a transformative year for Japanese pharma, as the market evolves towards growth in generics, biosimilars and increased internationalisation 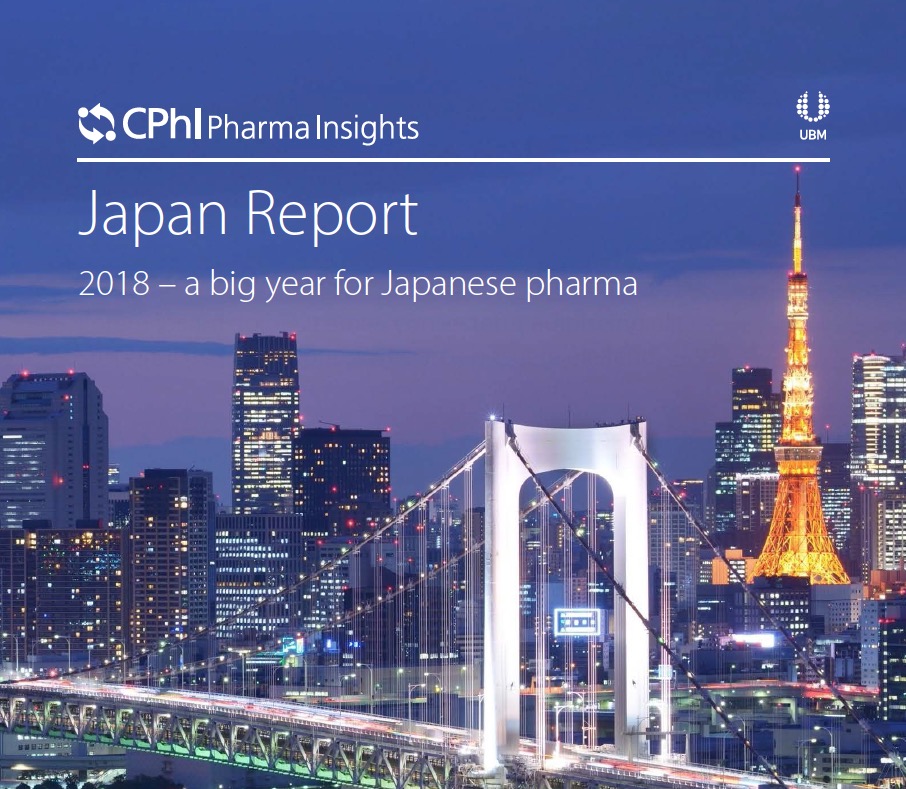 The CPhI Japan 2018 report — released ahead of what is likely to be the largest ever CPhI Japan, the Big Sight Exhibition Centre, Tokyo 18-20 April 2018 — has identified that demographic pressures on healthcare costs are driving a political agenda that will benefit players with lower costs solutions.

Generics are an obvious route, but Japan’s status as a highly-developed economy with a pharma industry that leads in innovation opens other possibilities, particularly in the longer term for the biosimilars segment. In fact, an overwhelming 59% of domestic respondents believe biosimilars will be the fastest growing sector.

Crucially, as the Japanese pharma economy is in a state of transition towards greater openness, potential rewards for early international movers were cited as another key factor in the rapid shifts predicted in 2018.

However, the report also highlights a number of drag factors. For example, in terms of how international companies approach the market — a local partner was viewed as a prerequisite of success — with brand loyalty also identified as a perennial issue.

Another consideration was that there remains information asymmetries between the views of international and domestic respondents, with markedly different perspectives on the effects of the impending patent cliff, how brand loyalty influences generics consumption, and to what extent regulatory efforts have been successful.

One major difference is that domestic respondents believe that the Pharmaceuticals Medical Device Agency (PMDA) has made effective strides in tackling the drug approval backlog, while international respondents largely disagree.

In a further boost to pharma in Japan, the CPhI Global Pharma Index — an inaugural study of the perceptions of 500 pharmaceutical companies — predicted an extremely prosperous year for the pharmaceutical industry in 2018.

Japan has seen relatively flat, steady growth in recent years, but international respondents now perceive Japan as having higher growth potential than most European countries in the league — ranking closely behind Germany and the US.

In the area of ‘overall competitiveness’, Japan also scored positively. International respondents rated Japan almost as highly as India and China (third and fourth), both emerging markets that are widely known for mass production of generics, in contrast to Japan’s mature market focussed on quality and innovation. The US and Germany were first and second.

The report also notes that while partnerships with domestic firms is the optimal strategy for new entrants to overcome obstacles like brand loyalty and lack of local knowledge, there is potential for direct entry and even acquisitions in the medium-term.

Overall, it is clear that Japan has performed well as a top-ranking pharma nation, excelling beyond mature markets such as France and the UK in projected growth and competitiveness.

Heading into 2018, it appears that Japan’s recent efforts to internationalise has led to growth in the pharma industry that will continue for the course of the year.

Laura Murina, Brand Manager at CPhI Japan at UBM, said: “The Japanese pharma industry has recently made attempts to attract more global business and the report findings demonstrate that there are more opportunities than ever for new players to penetrate the market, particularly in generics and biosimilars.”

“This year, CPhI Japan will continue to provide a platform for the global pharma community to convene, fostering even greater links between the domestic and international markets, and maintaining Japan’s position as a tier one pharma business destination.”

“The report predicts 2018 will be a transformational year for Japan’s growth and the market’s overall internationalisation. This is especially exciting for UBM, as our event can play a key role in facilitating this.”