The CPhI report identified a two-tier manufacturing market, forecasted increased acquisitions by Indian companies, predicted a notable improvement in the international reputation of Indian made pharmaceuticals and stated a large majority of domestic companies are calling for urgent Government support to invest in API sites 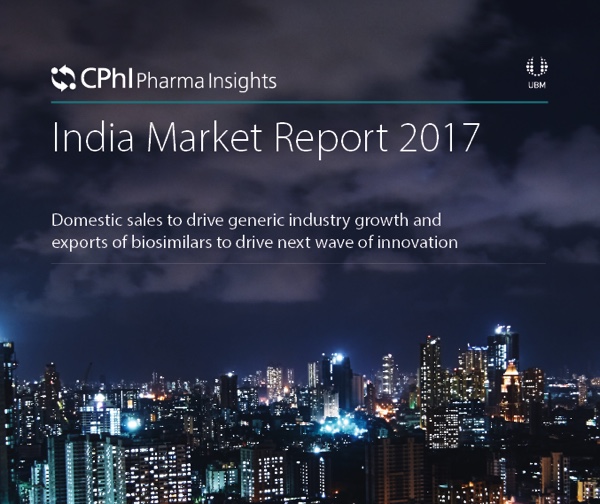 The report, which consolidated opinions from 500 domestic and international companies, identified four main areas Indian pharma companies are investing in: 50% raising funds this year for commercial scale and scale-up facilities, 33% for continuous processing and around 20% each in both biologics and aseptic facilities.

However, during the next 3 years the number of companies planning to invest in biomanufacturing facilities is predicted to rise 33%. It is notable the more expensive facilities required for continuous processing and biomanufacturing will be added to India’s traditional base of commercial scale finished product facilities.

During the next 1–3 years, 36% of Indian pharma companies are planning acquisitions; 20% are looking at facilities in the US and Europe and 7% are exploring options in the rest of the world. Domestic acquisitions also point towards a scramble amongst many small and medium sized enterprises (SMEs) for greater size and scale, with 25% also looking at facilities within India itself.

These findings were announced ahead of CPhI India, which is forecast to reach a remarkable 40,000 attendees, with overseas interest in the country growing rapidly.

Even more impressive is 52% of international respondents believed the CDSCO is moving toward comparability with the regulatory standards of the EMA and FDA.

A major concern highlighted amongst domestic companies (86%) was an over reliance on Chinese ingredients within the finished formulations sector. In fact, the majority of domestic companies (81%) believe the Indian government needs to “urgently invest in domestic API facilities and provide tax-breaks and incentives to secure the Indian generics industry” to prevent losses in market share.

Dominant amongst the growth drivers reported are strong domestic sales in the next 2–3 years, generic application programming interface (API) exports and finished formulation for developed markets. Finally, 41% of international respondents believed more biologic alliances — similar to the Mylan-Bocon partnership — may develop between India and the West in the future, with 30% believing these will proliferate in the next 3–5 years.

One interesting perspective on the India finished dosage sector — well known as the world’s leading exporter — is the identification of a two-tier system, with business models targeting different types of foreign market.

The first type is targeting predominately the Western pharma economies, consisting mainly of the US and Europe. In this market, India is a prime provider of complex generics, branded drugs/OTC, and biosimilars due to its cost-efficient and high quality products.

Larger pharma companies are now looking beyond these two Western markets and expanding into Japan, as generic use is forecast to expand rapidly – after many years of largely on-patent drugs — yielding greater profit opportunities.

On the other hand, India’s smaller and medium sized pharma companies (type 2) have focused on developing countries as their export market; in particular, on high-volume, low-margin generic products. Consolidation amongst these providers is highly likely as they try and progress-up the value chain and move into formulations with greater margins — companies also require a certain size and financial flexibility to invest in the newer types of products coming into the market.

The report argued the biosimilars and biologic sector is now a hotbed of national innovation, and will see well above-market growth in India. With more biologics coming off-patent in the near future, there is a growing opportunity for pharma companies to make increased profits via biosimilars with interchangeable standards.

Rutger Oudejans, Brand Director of Pharma at UBM EMEA, said: “CPhI India has seen dramatic changes in the last couple of years as increasingly all of world pharma is attending and domestic companies are investing in new types of manufacturing equipment and even biologics."