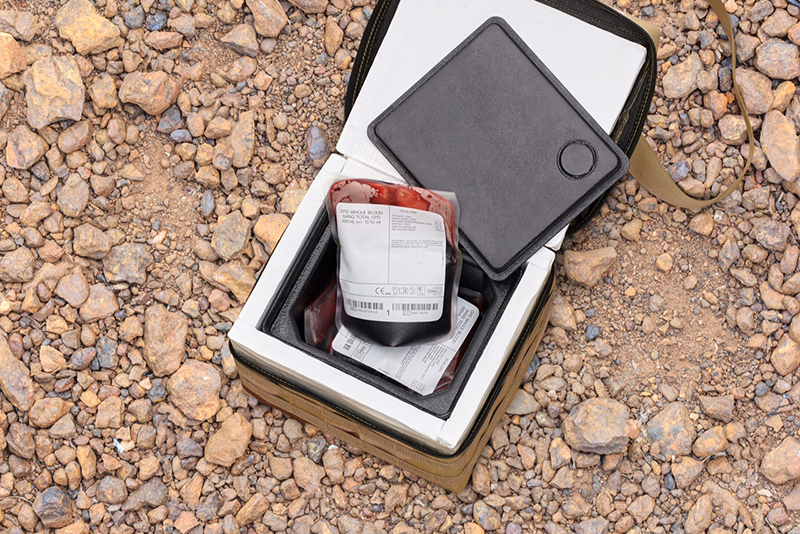 The award-winning Original Golden Hour container - the company’s flagship product - was recognised in 2003 as part of the US Army’s Greatest Inventions programme, has gone on to shape future product development, influencing the full range of Peli BioThermal reusable and single-use products.

“We developed the Original Golden Hour to address a critical need facing our military personnel — how to make blood available to treat the critically wounded within the crucial first hour after injury,” explained Kevin Lawler, Peli BioThermal VP of sales, “Today, the technology behind this product allows us to provide reliable temperature control not only for blood on the battlefield, but also for life-saving civilian applications, including the transport of biologics and temperature sensitive pharmaceuticals for clinical trials and commercial distribution.”

The technology is incorporated in a range of Peli BioThermal products, which are utilised by emergency first responders globally.

“If you can make sure that someone doesn’t bleed out by giving a resupply of blood right there, you’ve exponentially impacted the ability to save that soldier's life,” said sixteenth chairman of the joint chiefs of staff, retired US Marine general, Peter Pace, who also serves as chairman of the board for Pelican Products.

It truly makes a difference on the battlefield. And that’s as true today as it was 15 years ago.”

Patented Golden Hour Technology provides superior thermal protection for high value temperature-sensitive payloads between 2 and 1686 liters, from -50ºC to 25°C for up to seven days (168 hours). Today, Golden Hour Technology is integral to all of the company’s products, including reusable products like the Credo Cube shipper and the Credo ProMed series, as well as the Chronos range of single-use shippers.