Doubts cast over data forming part of bioequivalence trials carried out by Indian company GVK Biosciences led to a re-examination of EU market authorisations involving clinical trials carried out by the CRO in Hyderabad. A recent European Parliament hearing examined whether the action was justified

The re-examination of EU market authorisations following concerns over clinical trials conducted by GVK Biosciences in Hyderabad, India, has sparked intense debate in Brussels. A European Parliament hearing has heard comment and details about the recommendation from the European Medicine Agency’s committee for medicinal products for human use (CHMP) that some 800 forms and dosages of medicines approved in the EU be suspended. All approvals were based on clinical trials conducted by the Hyderabad branch of the Indian contract research organisation (CRO).

German MEP Peter Liese, who initiated the debate at the Parliament’s environment, public health and food safety committee, asked: ‘Why do we have clinical trials? If they are not done properly and there are no consequences, that raises the question of why we are carrying out these trials at all.’

EMA and European Commission representatives as well as MEPs heard from Fergus Sweeney, EMA’s Head of Sector, Compliance and Inspection, who explained how the problems unfurled. Electrocardiogram recordings from the same subject in the clinical trials were labelled with different subject names. ‘These violations took place over many years and involved multiple staff at the GVK clinic,’ Dr Sweeney added.

The problem began last summer, when a good clinical practice (GCP) inspection carried out by the French Agency for Medicines and Health Products Safety (ANSM) identified failures in bioequivalence trials conducted since July 2008 by GVK Biosciences. Nine bioequivalence trials used to support national marketing authorisation applications for generic medicines were inspected, according to Sweeney. While the electrocardiograms themselves are not part of the bio-equivalence assessment, they are part of the medical check performed on the study subjects before discharge from the trial. A parallel UK inspection of the GVK laboratory revealed no systematic problems of significance, but Dr Sweeney explained that the French inspection concluded that ‘the findings raised concerns on the reliability of the study data for studies conducted at the site between 2008 and 2014’.

The Commission then asked the CHMP to assess the potential impact of the inspection findings on the benefits and risk of the medicinal products, which have been authorised by member states on the basis of trials performed at the GVK site. The agency was also asked to consider if studies conducted at GVK Biosciences prior to 2008 should also be included in the review. The CHMP concluded that the inspection findings undermined the credibility of the trials conducted at the GVK clinical site in Hyderabad. These included all bioequivalence studies with clinical activities carried out at the GVK site, ‘since these activities started in 2004’.

To reach this conclusion, EMA’s committee reviewed more than 1,000 pharmaceutical forms, strengths of medicines and active ingredients. ‘For over 300 of them, sufficient supporting data from other sources were available; these will therefore remain on the market in the EU,’ he said. The rest were recommended for suspension, unless they are of critical importance for patients. Pharmaceutical companies are now fighting this recommendation.

EMA has, however, tried to assure the public that the irregularities discovered in the conduct of clinical trials used for the market approval in EU countries of numerous generic medicines do not pose safety and efficacy problems. ‘As part of its assessment procedure, the CHMP considered all available information, including the findings described in the French inspection report and answers provided by GVK and concluded that there was no evidence of harm or lack of effectiveness linked to the conduct of studies by GVK Biosciences,’ an EMA spokeswoman told Manufacturing Chemist. More details will be published in the assessment report on this issue following the final decision from the European Commission, she added.

‘The decision on whether a medicine is critical for patients lies with the national authorities of EU member states depending on the situation in their country,’ the Agency explained. ‘For medicines that are considered critical, companies are given 12 months to submit additional data.’

And while the European Commission has not disclosed which companies have requested re-examination of EMA’s CHMP opinion, medicines authorised to be marketed by manufacturers such as Abbott Laboratories, Mylan, Ranbaxy, Teva Santé, Sandoz, Accord, Actavis and Dr. Reddy’s Laboratories are on the long list of those proposed for suspension. Brussels could also not say when it is expected to reach a final decision.

GVK Biosciences defended itself in January, arguing that EMA had extrapolated the irregularities of electrocardiograms in just nine clinical studies to all studies ever conducted at its Hyderabad clinical facility. ‘We believe that the action is unprecedented and highly disproportional,’ the company said in a statement, underlining that the electrocardiograms inspected are not essential, given the demonstration of bioequivalence and that they can only track the health of the person in clinical trials. It also stressed EMA’s conclusion that there was no evidence found to suggest a proven risk to human health or lack of effectiveness of the medicines concerned. 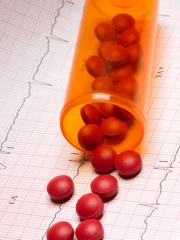 Meanwhile, India has suggested that it is prepared to sue the EU or its member countries as well as file a formal protest with the WTO. An unnamed official said India has presented ‘evidence’ to the European authorities proving that GVK did not manipulate trial data.

But the findings at the Indian CRO come at a time when European good clinical practice inspections are increasing outside the continent, EMA’s Dr Sweeney explained to MEPs: ‘Just over 50% of the inspections in 2014 were in Middle East, Asia Pacific, South and Central America, Russia, Africa,’ he said, referring to the inspections carried out for the EMA centralised procedure of medicines market authorisation. As a result, contacts with regulatory authorities from non-EU countries have increased, with EMA helping regulatory capacity building, especially for inspectors from developing countries, who have attended EMA training courses.

There is also ad hoc collaboration in the event of negative inspection outcomes, such as the GVK case, Dr Sweeney continued. ‘We shared that information with the US FDA and others we have contact with and they would do the same.’ He underlined the importance of EMA’s ongoing close co-operation with the US authority, since the combined inspections from EMA and the FDA ‘have a high reach’ across the world. The two authorities are also sharing inspection plans, sites of major interest, as well as using each other’s inspection outcomes for bioequivalence study on generic medicines, according to Dr Sweeney.

The EU should increase information sharing with the US FDA, the World Health Organisation (WHO) and regulators in the countries where most of the studies take place

This kind of co-operation is even more important given that CROs, which conduct bioequivalence studies that can be used by different companies for the same generic tablets, do not need to be authorised or licensed by regulatory authorities, he explained. ‘A risk-based approach is used to determine the need for an inspection, taking into account previous inspection history of the CRO and the assessment of the submitted bioequivalence study data.’ EMA and EU countries co-operate in preparing an annual inspection plan for the CROs most often used to conduct bioequivalence studies in marketing applications, he said.

India is the country where most European inspections for bioequivalence studies have taken place, followed by Italy, Canada, Romania and Germany. In the future, in light of the GVK irregularities, regulators should consolidate the information they have on CROs conducting bioequivalence studies and the link between them and the marketing authorisation based on those studies, Dr Sweeney said.

The EU should also increase information sharing with the US FDA, the World Health Organisation (WHO) and regulators in the countries where most of the studies take place, he recommended.

Meanwhile, EMA will hold a workshop with generic medicines associations ‘to stress the need for supervision of the clinical trials on which their marketing authorisation applications are based, and devise better, proactive processes for industry to implement, to prevent problems arising,’ Dr Sweeney said. The implementation of enhanced information sharing and co-ordination of GCP inspections foreseen in the new EU Clinical Trials Regulation will also be an important tool to ensure that clinical trials are properly conducted, he added.

Andrzej Rys, Deputy Director General for Health Systems and Products at the European Commission’s directorate general (DG) for health and food safety, explained that the new regulation requires clinical trials conducted outside the EU to comply with EU-equivalent rules and GCP standards to have standing in the EU. Also, the trials have to be registered in a WHO-recognised registry or the data published in a peer reviewed journal and be conducted following ethical principles, he said.

The inspections of clinical data sites inside and outside the EU will continue to be conducted by EU member states’ authorities, whose plans to stage such probes will be fed into a European-wide database, Rys said. EMA will then co-ordinate the inspections to ensure that resources are used more efficiently. Finally, inspection reports will be saved into the same database.

There are also plans to establish EU controls that would be carried out by the European Commission’s Food and Veterinary Office (FVO), which is already involved in auditing APIs and medical devices, said Rys. Discussions with member states on this issue started last December.

Some MEPs in the Committee called for strong sanctions against pharmaceutical companies using data from clinical trials showing irregularities. ‘There is no experimentation without risk: the social aspect here is of concern,’ said the Italian MEP Piernicola Pedicini. ‘We are talking about vulnerable sectors of the population,’ he said. ‘We think that there has to be a strong punishment for those pharma companies who indulge in these practices which are not properly carried out.’

‘The biggest weapon we have is the withdrawal of [the market authorisation],’ said MEP Liese, while congratulating EMA and the European Commission for the work done so far in the GVK case.

French MEP Gilles Pargneaux, the Vice-Chair of the parliament’s environment and health committee, insisted that the inspections carried out before the new EU clinical trials regulation comes into force on 28 May 2016, be ‘very well done’ to detect any issues.

Working with the US authorities was one way to do that, in the view of German MEP Matthias Groote. He urged better international co-operation with others carrying out inspections, given that so many clinical studies are conducted almost exclusively outside the EU.