It has long been known that pharmaceutical residues can become hormone-affecting ‘endocrine disrupters’ when released into the environment and future controls are likely – but how will the legislators tackle the issue? Manufacturing Chemist reports

The USA’s National Institute of Environmental Health Services (NIEHS) started work on the endocrine disrupting effects of the medicine diethylstilbestrol (DES) in the 1970s, and research has continued into low dose residues of other hormone-changing drugs. A World Health Organisation/UN Environment Programme (UNEP) study released in 2013 called for more studies on endocrine disrupters, or EDs, in general.

The European Union (EU) is also well aware of the problem, and has been studying and debating the issue, trying to work out what EU controls might be needed to limit the impact of endocrine disrupters, and is currently staging a round of public consultations. A ‘road map’ released in June 2014 by the European Commission outlined three main options under consideration.

EU action will depend on whether it concludes that endocrine disrupters merit their own special definition under EU legislation – and if they do, whether existing laws need to be amended to control them, or new laws should be enacted. Any changes are likely to focus on the EU 2012 biocidal products regulation and also the 2009 plant protection products regulation, and will have an impact on the EU chemical control system REACH. A European Commission note on the subject has stressed: ‘There is growing concern in the EU and worldwide about negative human health and environmental impacts possibly caused by endocrine disruptors.’

It is a large and complex topic and a June 2015 European Commission conference staged in Brussels was the latest in a line of debates designed to forge some kind of consensus on a complex issue. EU health and food safety Commissioner Andriukaitis led discussions, noting that endocrine disruption (ED) is ‘a fairly recent way of looking at the toxicity of chemicals’. He stressed that the Commission would take its time as a result, and with a number of directorate generals – DGs – involved in the work (health and consumers; research and innovation; internal market, industry, entrepreneurship and SMEs; environment; maritime affairs and fisheries), the approach would be ‘collegial’.

Andriukaitis said: ‘Setting new criteria for ED is a priority on which I am committed to deliver – because there is a question on health concerns and because we have legal obligations to fulfil.’ And the policy had to be based on solid science, he stressed: ‘We must avoid prejudice and take away doubts – this is why I believe carrying out an impact assessment…is the right way.’

The extent to which pharmaceuticals are covered by any new EU regime will, of course, depend on how EDs are defined, the first step in the regulatory process. This was addressed by Anrd Hoeveler, head of unit for novel medical developments, at DG research and innovation. He said broad and incisive studies were needed: ‘Everybody agrees that the complexity of the situation speaks for a new approach in science and research.’ He added that ‘we need to break the barriers in between the different disciplines – the toxicology side and the endocrine side. We need to breach these gaps which we have in fundamental scientific understanding of this complexity’. As a result, the integration of different disciplines and approaches when assessing different elements of EDs is very important. He said two Commission research projects were ongoing and he noted studies underway in the US.

Prof. R Thomas Zoeller, of the University of Massachusetts, Amherst, and speaking on behalf of the Washington DC-based Endocrine Society, called for the EU to define EDs based on a World Health Organisation (WHO) definition and introducing additional categories, such as proven EDs, suspected ED chemicals (EDCs) or endocrine-active substances, based on evidence available to determine that the substances damage hormone systems. Prof. Zoeller opposes assessments that would take account of the endocrine disrupting potency of such a substance, worrying that some longer term impacts of smaller residues might be ignored as a result.

We are looking at chemicals per se; we look at them as compounds and we judge them based on their activity and potential interaction

Prof. Daniel Dietrich, of Germany’s University of Konstanz, stressed that assessments of EDs must not be siloed into their industrial uses: ‘We are looking at chemicals per se – not if it’s pesticide, pharmaceutical or commodity chemical – we look at them as compounds and we judge them based on their activity and potential interaction,’ he said.

But the pharma industry may well be affected indirectly by ED controls. Controls may restrict the use of some active ingredients, but by doing so, other medicines whose effectiveness could be reduced by endocrine disruption, would be protected. Prof. Dietrich stressed how St John’s Wort compound hyperforin is among the organic pharma ingredients widely consumed across Europe that can interact with a receptor ‘which also modulates the hormone system traumatically, to the point where it can have an effect on pharmaceuticals.’

Noting that the EU already has controls for substances known to be carcinogenic, mutagenic and toxic to reproduction, Prof. Dietrich said that ED classifications needed to be based on which chemicals affect hormonal systems, per se, not whether they have caused damage. This is something to be considered in later risk assessments, he noted: ‘The classification should not be based on a mode of action, which is a potential of the hazard – it is only the exposure and the intensity of the exposure that provides the risk.’

Work is also underway on making such risk assessments effective. Prof. Anthony Hardy, Chair of the scientific committee of the European Food Safety Authority (EFSA), said his colleagues were planning to provide guidance on dealing with uncertainties in these processes, to be finalised this autumn. This would include advice on integrating different lines of evidence with animal testing or other biological data to reach a conclusion; how to determine biological relevance and distinguish it from adaptive behaviour.

Dr Gregory Moore, of the Swedish Chemicals Agency (KEMI), said clarity and unity was needed from all these deliberations, so regulators and industry were clear on the definitions of ED hazard, potency and risk assessment. It was important ‘to get the information out as quickly as possible as it’s getting quite confusing,’ he warned.

But the job is not simple, stressed Ladislav Miko, the Commission’s Acting Director General for DG health and food safety: ‘There are no criteria to identify EDs set internationally and the work done in the EU is pioneering – we are attempting something that is so complex and so difficult already.’

Once this guidance on ED chemical assessments is clarified, however, agreement will also need to be forged on how new controls on EDs (if required) are written into EU legislation. Some preparatory work is already underway at the European Chemicals Agency (ECHA). An Endocrine Disruptor Expert Group is looking into specific cases already with 16 substances under examination, 15 of them included in the EU’s Community Rolling Action Plan (CoRAP), which focuses on the potential toxicity of a wide range of chemicals and whose assessments may spark detailed additional controls. The group is also developing criteria for searching ECHA databases for potential ED substances, which could be added to CoRAP.

Kestutis Sadauskas, Green Economy Director at the European Commission’s DG environment, stressed an ongoing review of how chemicals with significant toxicity subject to special authorisation by the EU under REACH, should be assessed for endocrine disruption.

Miko added that regulatory complexity could be increased if ED considerations were written into the biocidal products (BPR) and plant protection products (PPP) regulations. ‘The regulatory consequences for the PPP and BPR are different: for PPP, decision-making has a strong hazard component, and the derogations are very limited; for BPR, decision-making for professional use is more based on the risk and the socio-economic considerations that are possible…’ 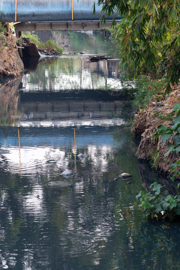 Meanwhile, the studies continue. The EU’s Joint Research Centre (JRC) has released a methodology on how chemicals should be screened for their endocrine disrupting potential, which is being tested by an outside contractor. Once those checks are done, endocrine disruption assessments will be undertaken for 400 chemicals used in plant protection products, 100 used in biocides, 200 covered by REACH, the EU cosmetic regulation and the water framework directive. Initial screenings will be completed by 2016, giving the Commission essential information on the impact of EDs, which will help it decide what criteria should be used to ascertain which chemicals should be considered endocrine disrupters and which should not. A Commission regulatory scrutiny board will check whether the impact assessment is based on the best available evidence and analyse and assess its quality before any decisions are made as a result.

Martin Seychell, Deputy Director-General of DG health and food safety said: ‘The impact assessment will not only assess the impacts on industry. There will be no compromise on health and the decision we eventually make will ensure the highest level of protection for human health and the environment.’

Speaking separately to Manufacturing Chemist, Sini Eskola, Director of Regulatory Affairs at the European Federation of Pharmaceutical Industries and Associations (EFPIA), agreed that controls should take into account that ‘endocrine activity is a mode of action and not a toxicological end-point’. Therefore ‘the demonstration of an effect of a substance on the endocrine system alone is not sufficient for regulating it as an endocrine disruptor. Rather, this needs to be linked directly to identification and comprehensive assessment of any adverse effects, including severity and reversibility’.

Furthermore, Eskola said the likelihood that these effects may occur at the expected levels of exposure should be demonstrated: ‘Establishment of rules for assessing substances, including endocrine active substances, must be able to be followed in a rational manner and lead to protection of consumers and the environment without affecting the access of patients to medicinal products, which are of proven safety, efficacy and quality in use,’ she added.

Also speaking to Manufacturing Chemist, Mike Murray, Head of Quality and Environmental Standards at the Association of the British Pharmaceutical Industry (ABPI), said his understanding is that ‘any developing legislation will not directly affect the use of medicinal products, of which active pharmaceutical ingredients (API) or ingredients work through an endocrine mediated mode of action’. However, there could be an indirect impact ‘related to the reduction of levels of endocrine modulating APIs together with other endocrine active chemicals in treated waste water from public effluents and manufacturing sites, if an EU reform makes such compounds subject to the provisions of the European water framework directive’.

But it all depends on the ‘eventual criteria for designation of substances as endocrine disruptors. Under REACH there may also be supply chain impacts on the use and availability of materials used in the production of APIs including non-endocrine modulating APIs, Murray added.