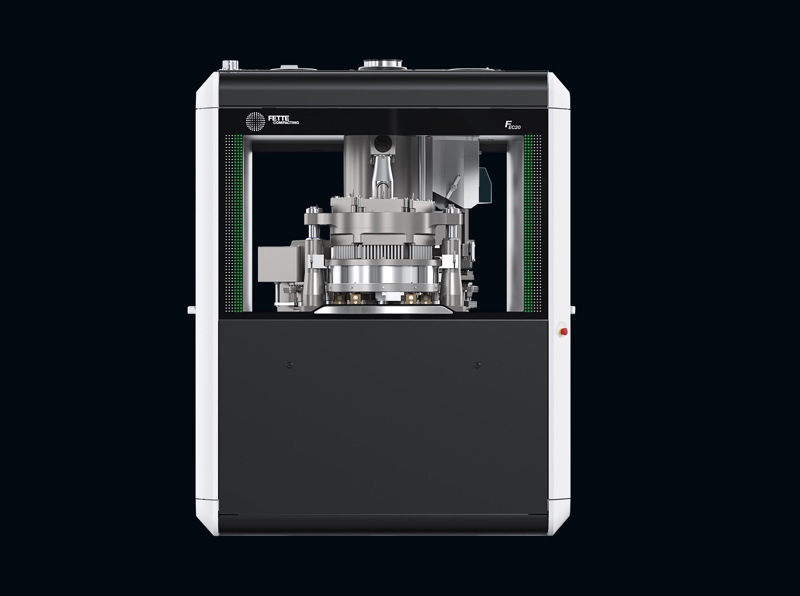 Fette Compacting is revolutionising capsule filling technology; thanks to numerous technological innovations, the FEC40 achieves an unmatched output of 400,000 capsules per hour with its Duplex Concept design. The FEC20 will have its world premiere at Achema, the international trade fair, in Frankfurt am Main.

Fette Compacting has adapted and further developed the technical concept of the FEC40 for its second capsule filling machine in an effort to make it available for medium-sized batches of up to 200,000 capsules per hour.

Jan-Eric Kruse, Managing Director at Fette Compacting, said: “We have designed our capsule filling machines as a series right from the start. The FEC40 is now available as a smaller version in the form of the FEC20. The family has grown.”

The FEC20 is directly derived from the FEC40, which Fette Compacting is now launching for the first time in the form of a single rotary press single discharge capsule filler.

Technologically, the FEC20 and FEC40 complement each other: both use the same format parts thereby facilitating exchanges between machines.

What is so innovative about both machines?

Each individual capsule filling process step can be controlled and monitored separately.

“Prior to the FEC series, the assemblies in capsule filling machines were controlled by mechanical coupling. By using servo and torque motors, we can decouple individual process steps,” claimed Kruse. “We define the optimal parameters for each process step, thereby improving both quality and output per time unit.”

“The fact that we can dismantle and clean the filling stations outside the machine has enabled us to significantly reduce conversion and cleaning times. This ensures that the FEC20 is fully operational again quickly,” emphasised Kruse.

Another feature of the FEC20 is its 19” touchscreen HMI. The user interface offers a permanent overview of all process and quality parameters and is based on the same logic, which has already been tried and tested in the FE series tablet presses offered by Fette Compacting. The database contains all formulations and user process parameters while the system automatically and immediately examines each entry for consistency.

The system also continuously measures the filling levels of all capsule and product containers during ongoing production, as well as visualising the corresponding information for the user. All batches are monitored, logged and saved in full.

Extensive rights management enables users to assign certain functions to various users. Upon conclusion of the production process, each individual production step can be evaluated via an event log.