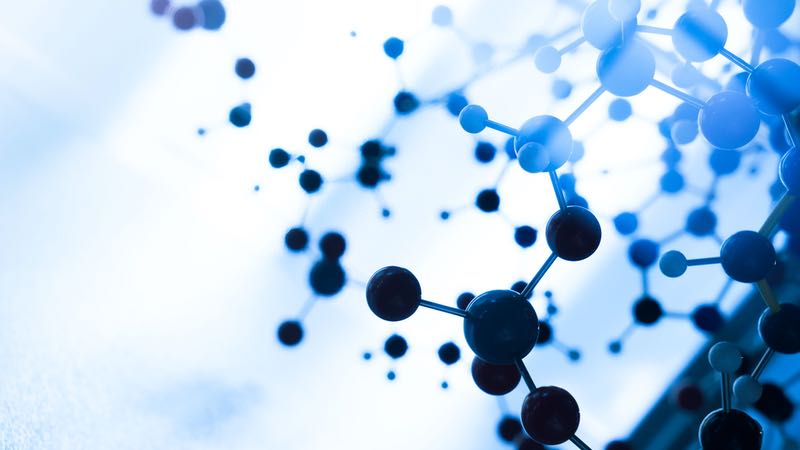 The global pharmaceutical market research firm, EvaluatePharma, estimates that the patent cliff puts approximately $198 billion in revenue at risk between 2019 and 2024. Typical drug development uses schemes that have become less and less tenable. For example, drugs based on molecules found in cannabis are largely unpatentable due to the vast body of published research on new molecules derived from cannabis. Most existing techniques have already been contemplated. Without the patentability of the foregoing, the resources needed to develop a new drug based on cannabis cannot be secured.

Daryl Thompson, Director of Scientific Initiatives and founder of GRDG, said, "The patent cliff represents a significant crisis in pharmaceutical innovation. The primary cause of the crisis is that most techniques for modifying natural molecules to pharmaceutical grade products are essentially 'played out'. Another way to explain this is that most of the methods to make drugs have already been published in scientific papers or rationalised in long-expired patents. This means that these methods can render the development of new, novel compounds unpatentable. It is essential for a new drug in development qualify for patent protection due to the high costs of bringing a single compound to market. The medium cost of bringing a drug to market today is roughly $985 million."

Quantum is a new class of medicinal chemistry that uses advanced methods to boost efficacy and persistence of natural compounds and existing drugs while maintaining the safety profile of the original molecules. Instead of modifying functional groups, as is typically done presently in drug discovery, this new technique alters the behaviour of molecules at the sub-molecular level. GRDG estimates that 65% of the World Health Organization Essential Medicines List can be improved and re-patented using Quantum. This approach can be used to enhance and patent natural compounds which includes many substances used in traditional medicines around the world.

Impact Biomedical's transition to the Quantum research programme comes on the heels of the completion of the research and development stage of its existing biodefense intellectual portfolio, which is now moving to the licensing and commercialisation phase.

The portfolio, valued by independent experts at approximately $1.39 billion as announced by the Group on 1 June 2020 includes: Linebacker, a universal therapeutic designed to shadow the Panacea Project, a US Defense Advanced Research Projects Agency (DARPA) programme to provide novel, multi-target therapeutics for unmet physiological needs; 3F BioFragrance, designed for the Open Air Defense Initiative, a strategy to protect locations where large numbers of people gather or transit; and Equivir, an OTC medication designed as an antiviral treatment and prophylactic comprising polyphenols that are GRAS or Generally Recognized as Safe, meaning its safety and behaviour in humans is already well understood and therefore is designed to proceed directly to human trials.

This research follows the success of GRDG's recently completed exploratory programme to address biomedical threats including the current COVID-19 pandemic which produced the 3F Antimicrobial BioFragrance, the universal therapeutic Linebacker, and the antiviral OTC medication Equivir, which is moving to human clinical trials. These inventions form the core of Impact's suite of next-generation medical technology that was recently valued at approximately US$1.39 Billion by independent experts.

Impact Biomedical Chairman, Mr Chan Heng Fai said: "Today, the difficulty in obtaining a pharmaceutical patent and retaining market exclusivity after it expires thwarts the momentum required by pharmaceutical companies to spur greater innovation. Backed by our newly established Quantum solution, we are proud to lead the field by bringing real and cutting-edge solutions to this immense global health challenge."

Heng Fai added: "In due time, we believe that Quantum will provide a practical solution for pharmaceutical companies to extend the patent life of their existing drug portfolio, thereby reducing abrupt declines in revenue following the expiration of patents. More importantly, they will be able to focus their resources on developing new, innovative drugs to treat and prevent illnesses for society-at-large."

Daryl Thompson explained that previous strategies for increasing the potency of a natural compound to pharmaceutically therapeutic levels employed the used of other molecular modification schemes. These techniques typically included standard practices such as altering functional groups, the addition or substitution of halogens and or the inclusion of lipid structures. The goal of these modifications would be to increase stimulation or inhibition of the molecule against its target site as well as increase bioavailability.

"Unfortunately, these effective techniques are being rendered moot due to lack of patentability due to prior disclosure," Thompson said. "We have devised a method to break through this barrier and open a new path for drug development. We will be moving past macro-molecular techniques as mentioned above and will go deeper into the sub-atomic. Here we can look at molecular modification from the perspective of quantum physics. For instance, our previous work on the Linebacker program utilised halogenation to create electron-rich portions in the molecule to increase its therapeutic potential. This technique, called sigma-hole generation or X-bonding, is well understood in the scientific community. However, once we disclose how we used this technique in a patent to create a new drug, it can never be patented again once the patents are expired."

Thompson went on to say that quantum molecular modifications approach this problem from the perspective of manipulating the sub-atomic electron balance as a whole in consideration of the sum of both kinetic and potential energies within the molecular state. The exploitation of modification of this type by total energy configurations allows the use of quantum principles such as the Hamiltonian Operator as tools for understanding how to manipulate subatomic forces to increase a molecule's effectiveness as potential new life-saving drug.

"This approach allows for a virtually endless array of methods that can lead to a new era in drug discovery possibilities. With our Biodefense mission complete, we will now move forward with the initialisation of our Quantum Applications Research Platform. We expect to deliver the first 6 Quantum molecules to research institutes within three business quarters," Thompson concluded.