Lab Innovations — the UK’s only dedicated showcase for laboratory, analytical and biotech equipment — returns to the NEC, Birmingham 1–2 November 2017 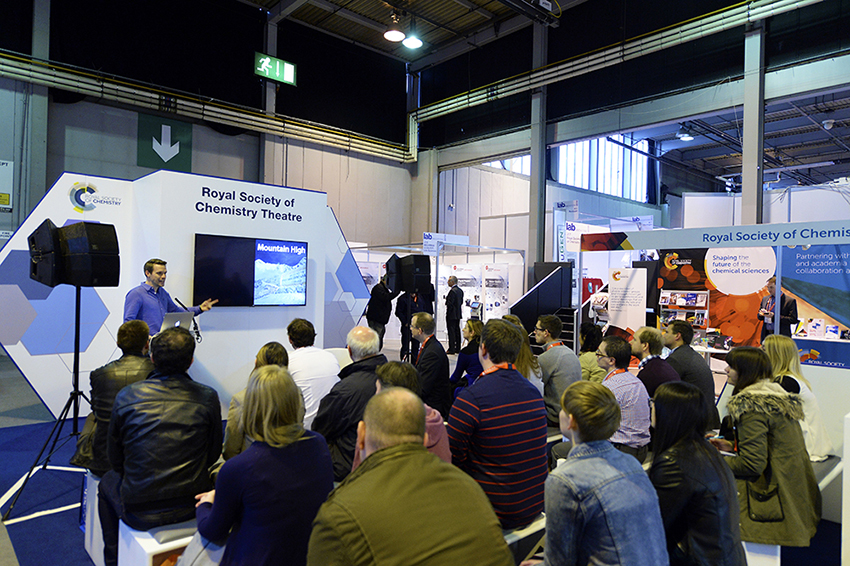 With the largest gathering of laboratory suppliers in the UK, this free-to-attend show has lots on offer for professionals across a wide range of sectors, from pharmaceuticals to food and drink.

During the two days, the exhibition will be complemented by more than 35 hours of seminars and conferences focused on current hot topics, including contributions from the Royal Society of Chemistry (RSC), which has a long association with Lab Innovations.

This year, the RSC theatre will put the spotlight on the analysis of illicit substances — including cannabis, so-called ‘legal highs’ and counterfeit pharmaceuticals — and laboratory automation and in-process analysis. For the first time it will also include sessions from the Royal Society of Chemistry’s careers service.

Keynote presentations make an important contribution to the conference arena and the RSC has drawn on its inhouse knowledge and extensive network of contacts in the field to bring two exceptional speakers on board; science writer and broadcaster Adam Rutherford and award-winning product design engineer Jude Pullen.

Rutherford the host of BBC Radio 4’s flagship science programme, Inside Science and a scientific adviser for films such as Björk’s Biophilia Live, World War Z, Kingsman: The Secret Service and Ex Machina, will present Pipetting in Hollywood: my life as a scientific advisor in films at the event.

This will be complemented by an anecdotal look into Scratching the inventor's itch, drawing on Pullen’s fascination with solving unconventional problems and his experiences as a member of the BBC’s successful Big Life Fix team to foster different innovation strategies while maintaining commercial viability.