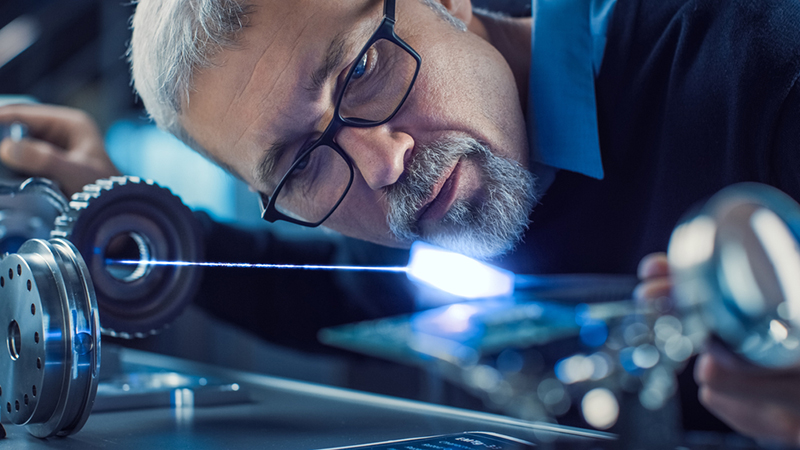 Laser technology, while quite widespread, has not been around long and its applications date back to the 1960s. Since then, it has become part and parcel of almost all industries. From art restoration to military use down to communication technology, it has found its place globally. It is not uncommon to come across laser technology in medicine, chemistry, astronomy, and other science fields.

Let us focus on its place in the lab, more so, the chemistry lab.

Use of lasers in the chemistry lab

The basics of chemistry revolve around atoms and molecules. Ultra-short pulsed lasers have proven to be effective in tracking transient changes in atoms and molecules. Think about it this way. Each chemical element boasts of varying spectral fingerprints, which form the basis for spectroscopy. By understanding each element’s electronic energy levels, it becomes easier to work out the composition of an object.

The chemistry in laser technology boils down to the makeup of the laser. A laser typically comprises a laser medium, an energy source, and an optical resonator. Gain mediums are integral to the working of the laser and are where the stimulated emissions of photons take place. The media can be liquids, gases, solids, and even semi- conductors. You can find suitable gain mediums on this global supplier's website, paving the way for amplification.

Back to the lab, atoms react to changes in the photons’ and electrons’ energy levels. When electrons move down an energy level, photons with the same energy as the lost energy get emitted. When photons with higher energy levels are absorbed, electrons respond by increasing their energy level. In this case, the atom gets excited. Now, how do lasers play into this? Laser light is known to be monochromatic, which also points to the similarity in its photons. They feature the same frequency and energy by operating with the same wavelength, and their uniformity makes it easy to focus them on one spot. The loss and absorption of photons rely on similar photons. Given that the emitted and incident photons share similarities and have the same energy, achieving amplification and high irradiation levels becomes possible.

Scientists have used these features to their advantage. One application of the laser in physics has been to produce light that can break matter into ions and electrons. Scientists at the Rutherford Appleton Laboratory have used this technique to create clean energy. They have been using several laser pulses directed at one intersection with a deuterium and tritium mixture and prompting nuclear fusion. What gets emitted after the two heavy isotopes fuse and create helium-4 and an electron becomes pure energy. Their basis relies on Einstein’s formula of E=mc 2.

Scientists have also used spectroscopy to understand the chemical makeup of dissolved and transparent substances. This technique also works on opaque surfaces by using the reflected light as the sample to create a laser spot on its surface. Current studies at the Science and Technology Facilities Council's (STFC) Central Laser Facility (CFL) in partnership with the University College London have shown that this technique could be reliable enough to detect explosives in plastic bottles.

Another interesting laser application in the lab has been the development of a drug with no side effects. By colour-coding molecules with different dyes, scientists have used lasers to observe interactions between sets of molecules. Any interactions show as fluorescence changes. This attempt at understanding cell biology may be effective in providing drugs with fewer interactions with patients’ systems.

Did you know? Manufacturers now have chemical lasers which work by way of chemical reactions. These too can achieve enough power to produce continuous operations and come in the form of:

As its applications grow, the laser will become commonplace in almost every aspect of our being.