The promotion of Dr Andrew Southan from COO is effective immediately 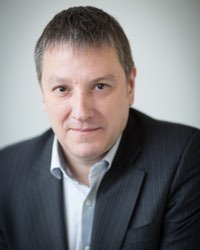 Southan joined Metrion as Head of Commercial Operations in October 2016, being promoted to COO in April 2017. He then joined the board as a director in March 2018. During this period the company went through significant growth, developing innovative, high-quality assays for its clients and expanding the international customer base into new territories.

Keith McCullagh. Chairman of Metrion Biosciences, said: “Andy has been a driving force supporting Metrion’s growth and success over the past three years. His extensive pharmaceutical CRO industry experience, deep technical understanding of the ion channel field and strong management skills made him the ideal candidate for this new leadership role. I congratulate Andy on his appointment and look forward to working with him to achieve continued progress.”

Commenting on his appointment, Southan said: “It is a pleasure to work with Metrion’s team of expert ion channel specialists, management team and board of directors, and I am looking forward to this next chapter as CEO, further expanding Metrion’s ion channel services as well as the company’s reputation as a global leader in ion channel biology.”