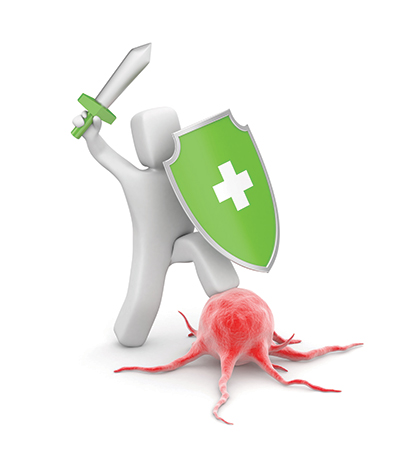 Leveraging the body’s immune system to fight disease is not a new concept. In fact, the mechanisms of history’s most significant advance in the fight against cancer was likely first observed by New York surgeon William B. Coley who, in 1891, injected a Streptococcus virus into a patient with an inoperable bone cancer, causing the tumour to shrink.1

According to World Health Organization stats, cancer is the second leading cause of death globally, responsible for 8.8 million deaths in 2015; the number of new cases is expected to rise by about 70% during the next 20 years, to about 22 million annually.2 Growth in therapeutics in this sector is also expected to increase.

Ever since Coley’s first experiments, the science behind immunotherapies has been growing increasingly stronger. Recent advances in T-cell engineering are fuelling more investment and innovation at a dramatic pace. Why? Because the ability to leverage the body’s immunity has become a practical reality. Based on a fast-accumulating body of knowledge, the industry is exploring new targets while overcoming the therapy’s drawbacks and expanding its utility to fight more blood-based cancers with fewer side-effects … and take on tumour-generating cancers as well.3

Chimeric antigen receptor (CAR) T-cell engineering has emerged as the most potentially effective means to create a therapeutic agent to combat cancer. Most are familiar with T-cells, the “marines” of the immune system that function to kill target cells and, with the release of cytokines, launch an immune response. But, because tumours are derived from the body’s host cells, they’re essentially hidden from the immune system. The tumour implements significant measures to escape the immune system by manufacturing “messenger molecules” that thwart the immune response, taking advantage of immune checkpoints and “downregulating” proteins that T-cells use to recognise tumours. Known as the major histocompatibility complex (MHC), T-cells bind to MHC and then identify the individual cell as “friend” or “foe.” The downregulation of MHC is the main reason why T-cells fail to recognise tumour cells as invaders and do not destroy them via a natural immune system response.3

The CAR breakthrough was born in the 1980s at the Weizmann Institute of Science, where Prof. Zelig Eshhar came up with the concept of engineering T-cells to bypass MHC downregulation. Through seminal work, the breakthrough was supported by decades of monoclonal antibody (mAb) research and development. By expressing a fusion protein consisting of a portion of an antibody with a portion of the T-cell activating receptor, Eshhar was able to graft the targeting specificity of the antibody and switch the T-cell “on” relative to the cancer cell’s surface protein. This action helps to bypass MHC restriction and the tumour’s reaction to the body’s natural immune response. According to the Weizmann Institute of Science, Eshhar developed “T bodies” a term he coined for T-cells, a type of white blood cell equipped with the attenuated receptors that seek out, identify and kill tumour cells with accuracy and specificity.4

Eshhar genetically modified the T-cells to become T bodies by adding synthetic molecules, now known as chimeric antigen receptors. In 2011, Carl June and colleagues from the University of Pennsylvania published a case study wherein a patient suffering from chronic lymphoid leukaemia was treated with anti-CD19 CAR T-cells (CART19), resulting in a complete response.5

This finding launched a renewed wave of commercially focused immuno-oncology investment, research and development. Since then, development across the entire category has made exciting strides, addressing side-effects such as the dreaded cytokine storm and focusing on refining the techniques to attack solid tumour cancers. CAR T-cell therapies are just one of the new approaches to promising immuno-oncology treatments. The category will ultimately encompass cancer vaccines, cancer-killing oncolytic viruses and adoptive T-cell technologies or ATCs.6 All of that development has the potential to create a market value, growing from $25 billion to $40 billion by 2020, with estimates based on the market’s current size and the potential of immunotherapy to gain a 50% share of the oncology market.

Likewise, Research and Markets Pipeline Analysis for 2016-2017 finds the T-cell immunotherapy pipeline is robust with a total of 139 drug candidates, with Novartis AG, Kite Pharma Inc., Juno Therapeutics and Sorrento Therapeutics among the most active CAR T-cell therapeutics developers. According to Research and Markets data, there are 16 candidates in Phase II development, 36 in Phase I and seven in Phase 0. Further, their analysis revealed two drug candidates that have filed Investigational New Drug (IND) applications, and some 78 drugs are in the preclinical, discovery stage.7

By mid-April, CAR T-cell therapy came several steps closer to commercial reality with Kite Pharma and Novartis completing Biologics License Application (BLA) submissions to the US FDA at the end of March for their C019-based lymphoma treatments.

On the announcement, Novartis’ Chief Medical Officer, Vasant Narasimhan, MD, expressed his optimism: “The priority review and file acceptance of CTL019 by FDA brings us one step closer to delivering this novel treatment option to children and young adults with r/r B-cell ALL in the United States.” Three weeks later, he expressed a similar sentiment when Novartis’s C019 candidate was granted Breakthrough Therapy designation for a second ALL indication in adults. Considered to be in the lead, Novartis’ therapy achieved an 82% remission rate in 3 months, although reporting severe side-effects from 50% of trial patients.8

Kite Pharma’s announcement came on the heels of positive results from the company’s ZUMA-1 trial of KTE-C19 (now axicabtagene ciloleucel) whereby 36% of patients were cancer free after 6 months. In the company announcement, CEO Arie Belldegrun commented: “We look forward to working closely with FDA during the review of axicabtagene ciloleucel and the possibility of bringing this therapy to patients with aggressive NHL whose outlook is dismal with current therapy.”9 Media analysists reporting on the space find this recent regulatory activity is setting the stage for FDA approvals as soon as September.10 If approved, for example, Kite Pharma has said it plans to commercially launch axicabtagene ciloleucel in 2017.

Besides the practical and functional aspects of manufacturing CAR T-cell therapeutics and delivering them to patients, researchers are working on expanding the scope and effectiveness of the treatment and exploring how it can treat cancers of all types. STEMCELL, a company that specialises in developing culture media, cell separation systems, instruments and reagents used in CAR T-cell engineering reviewed recent developments in CAR T-cell research.11 For example, studies suggest that instead of going for specificity, actives such as C19 CAR, could be engineered to broadly target multiple tumours using natural cytotoxic receptor 1 (NCR1) expressed by NK cells. Because CAR therapy can affect surrounding tissues, researchers are also looking for ways to increase the specificity of CAR T-cells using a combination of target antigens.

The result, explained STEMCELL, is that “engineered T-cells are activated only when both antigens are present in a localised environment. This novel system not only improves the precision of tumour targeting by CAR T-cells, but also expands the potential for CAR T-cell use with the more common tumour-associated antigens rather than tumour-specific antigens.”

Insight into associated physiological mechanisms and immune response actions is supporting therapeutic development as well as R&D. For instance, a treatment for a wide range of solid tumours including bladder and breast cancer, non-small cell lung cancer, oesophageal, ovarian and prostate carcinomas, are under Phase II development by Kite Pharma using Engineered Autologous Cell Therapy (eACT) technology, which is proving to be more effective than allogeneic technologies screens for desirable characteristics — from a population of donors rather than individual patients.12

In May 2016, Hyam Levitsky, Juno Therapeutics’ Chief Science Officer commented on the developing therapy: “During the past 10 years, there has been a tremendous increase in our understanding of how T-cells function and how the immune system regulates itself. This knowledge has now enabled us to develop highly effective T-cell-based immunotherapies.”13 With the promise of the therapy within reach, researchers and developers are working even harder to resolve CAR T-Cell therapy shortcomings by seeking novel ways to deliver T-cells efficiently into cancerous tumour cells and without side-effects.