Paroxysmal nocturnal haemoglobinuria (PNH) is a serious chronic blood disorder. Patients with this complement-mediated disease have an acquired mutation in some of the haematopoietic stem cells in their bone marrow 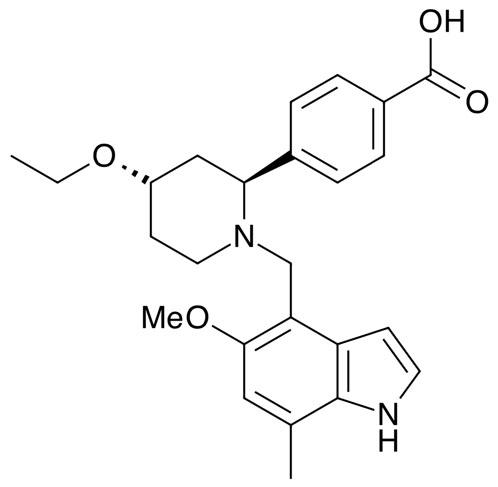 The mutation means that when these cells develop into erythrocytes, they are susceptible to premature destruction within the blood vessels, spleen and liver. As a result, the patient develops symptoms including anaemia, thrombosis and fatigue that can have a significant impact on their quality of life.

Although it can be treated with the anti-C5 antibodies eculizumab and ravulizumab, it remains a significant unmet need as, even with treatment, many patients remain dependent on blood transfusions. An alternative, iptacopan, is being developed by Novartis.

This orally available small molecule acts as a factor B inhibitor of the alternative complement pathway, which is upstream of the C5 terminal pathway and thus prevents both intravascular and extravascular haemolysis.

Its activity as an add-on therapy to eculizumab was evaluated in a Phase II trial in 10 patients who still had signs of active haemolysis.1

They were given 200 mg of iptacopan twice a day as well as eculizumab; at week 13 there was a marked reduction in lactate dehydrogenase from baseline. The benefits were maintained through an extension period (including for seven who stopped the antibody). There were no serious treatment-related adverse events.

Initial results of an open label Phase II study as a monotherapy in treatment-naïve patients were promising.2 Patients with active haemolysis were randomised to receive iptacopan as a twice daily single dose — either 25 g for 4 weeks followed by 100 mg for up to 2 years or 50 mg for 4 weeks and then 200 mg for the follow-up period.

All 12 patients who were evaluable for efficacy reached the primary endpoint of at least a 60% reduction in serum lactate dehydrogenase levels by week 12. Most also achieved a clinically meaningful improvement in haemoglobin levels, with improvements in other haemolysis markers too.

Results from a pivotal Phase III trial have also been announced.3 In this trial, 97 patients with PNH who were stable on one of the anti-C5 antibodies were randomised to receive 200 mg of iptacopan twice a day or continue with the antibody.

In all, 82% of the iptacopan group had an increase of at least 2 g/dL in haemoglobin levels without the need for red blood cell transfusions (compared with just 2% of the comparator group).

For a 12 g/dL or more increase, the respective rates were 69% and 1.2%. It was also superior across a range of secondary endpoints. There were no serious infections caused by encapsulated bacteria.

The molecule is also being investigated for a range of other complement-mediated diseases, including several kidney diseases such as lupus nephritis, and blood disorders including immune thrombocytopenic purpura.

Phase III results in both C3 glomerulopathy and IgA nephropathy are expected in 2023.