Since 2015, when the first bispecific received US FDA approval, these game-changing antibodies have rocketed in popularity1, reports Simon Keen, VP of Cell Line Development at Abzena 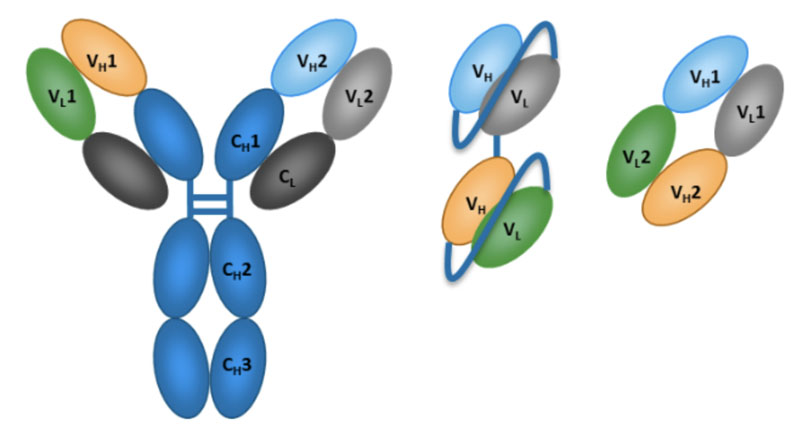 Bispecific antibodies have the potential to transform cancer treatment. They’re a new class of antibodies that overcome some of the limitations of monoclonal antibodies (mAbs) — a popular class of therapeutics that now number more than 100 on the American market.2

They have been a hot topic in biotechnology for a while, but it’s only in the last few years that they have seen traction on the manufacturing side — with contract manufacturing and development organisations (CDMOs) or partnering research organisations (PROs) such as Abzena receiving contracts from clients.

With the market for bispecifics growing by an estimated 121% in recent years, there’s no doubt of the potential to bring these exciting new products into clinic.3

So, what’s a bispecific?

One antigen might be a binding target on a cancer cell whereas the other could be on an NK or T-cell to recruit and activate immune cells to destroy the tumour.

Using a bispecific, you might hit two signalling pathways with the same molecule or tackle drug-resistant tumours by hitting two different antigens on the cancer cell. Alternatively, the second antigen might directly enhance the effect of the first.

Together, bispecific antibodies provide a one-two punch on a single molecule, which gives them many benefits compared with traditional mAbs. The dual action means you can potentially give a lower dose of the molecule, while achieving the same — or greater — benefits.

Bispecifics are not a single type of molecule. Right now, a plethora of more than 100 formats exists, with about 20 or so already commercialised and the remainder currently under development (with many tightly protected by intellectual property).

Antibodies are shaped like the letter Y. Common ways of categorising bispecifics thus include, for example, whether or not they include the antibody’s Fc region, which is the bottom of the Y shape.4

They can also be categorised based on whether the two different binding sites are on the same, or separate, arms. 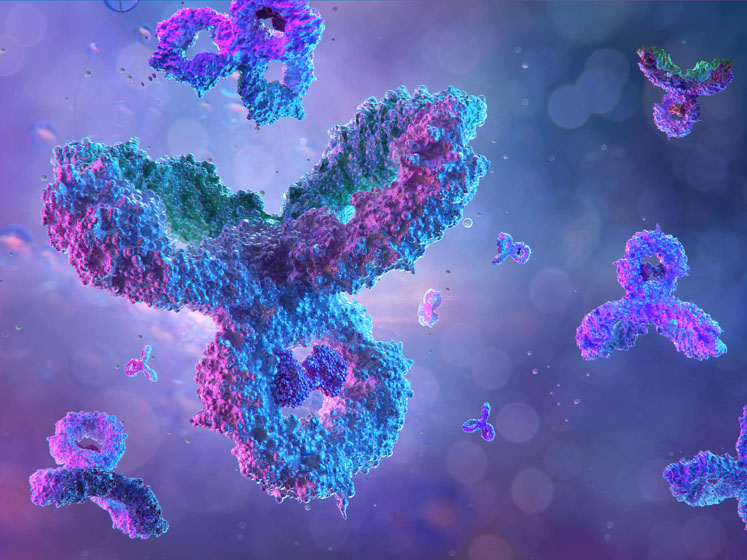 How are they produced?

Bispecifics are produced by broadly the same process as mAbs, but with some extra manufacturing challenges. Many of these exciting new formats can be considered to be “frankenmolecules,” antibodies that aren’t produced in nature and have not evolved to be expressed by living cells in culture.

As a result, partner organisations such as Abzena have developed techniques to work with our partners to assess and improve the developability of their bispecific products.

We start this process early by identifying sequence liabilities in silico — such as potential oxidation or deamidation sites — so we can engineer out any problems or identify challenges in expressing these proteins in our Chinese Hamster Ovary (CHO) cell lines.

When we move into cell line development, we experiment heavily with different expression vectors and carefully screen cell lines to establish the best producers of these novel molecules.

One challenge is that, if you’re producing antigen-binding chain A and chain B in the same cell, then the production process will generate AA and BB homodimers, as well as the desired AB proteins. We use a variety of techniques to produce the desired proteins.

Sometimes the A or B chain doesn’t express as well. In that case, we can use promoters of different relative strengths to boost the expression levels of one chain relative to the other.

Alternatively, we can alter the ratio of the genes that we put into the cells. We also screen our cell lines to maximise heterodimer (AB) production. Having a skilled analytics team to collect and interpret experimental and modelling data is, therefore, vital.

In the downstream part of the manufacturing process, we can use purification strategies to boost the yields of our partners’ products. For example, we can take advantage of the physical differences between homo- and heterodimers to separate them on a chromatography column, purifying only the AB heterodimer to give a higher quality result.

How do you overcome immunogenicity?

All engineered proteins have the potential to generate unwanted immune responses — even mAbs developed in transgenic animal systems. As bispecifics are more unusual, understanding their risk profile is an essential part of the development process.

Work with our partner organisations starts before we express their molecule: at the sequence design stage. We use the proprietary AI prediction technology, proteomics, iTope and a T cell epitope database (TCED) platform to identify potentially immunogenic regions and engineer them out.

An ex vivo assay called EpiScreen can be used to further investigate the risk of immunogenicity by measuring CD4+ T cell responses to the final drug product.