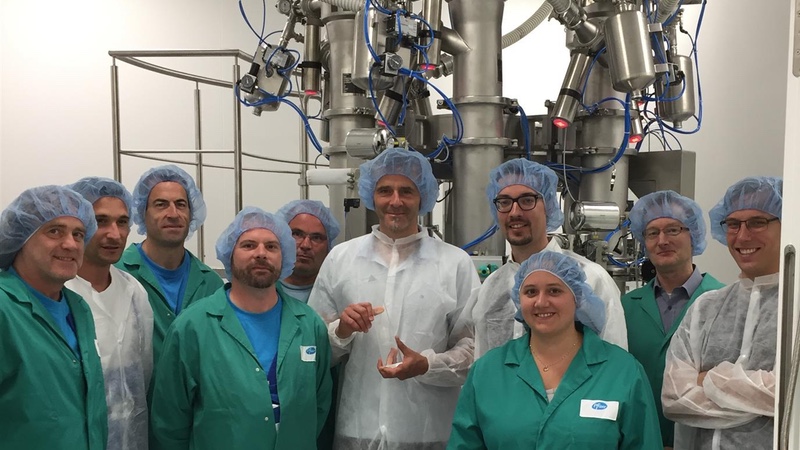 Staying true to its mission of ensuring that safe, effective and high-quality drugs are available for the American public, the US Food and Drug Administration (FDA) has recently purchased a GEA ConsiGma 1 oral solid dosage development unit to conduct further research into continuous manufacturing (CM). Housed in the agency’s CDER/OPQ (Office of Pharmaceutical Quality), the “important asset” will be used by the Testing and Research and Emerging Technologies Team to support the development and adoption of novel technologies and modernise pharmaceutical processing and manufacturing.

The GEA ConsiGma 1 combines Quality by Design (QbD) principles with Design of Experiments (DoE) to explore and optimise a wide range of process parameters with less product in a shorter timeframe, resulting in a better understanding of continuous manufacturing.

As such, research scientists and engineers can introduce cost-effective strategies that meet the pharmaceutical industry’s demands for faster product development, improved production economics and increased manufacturing flexibility. One of the most significant applications of CM to emerge in recent years, and very much aligned to FDA’s philosophy, is the creation of a portable, continuous, miniature and modular (PCMM) platform for the development and production of pharmaceutical oral solid dose (OSD) forms.

Originally conceived in conjunction with Pfizer and G-CON, the three companies formed a consortium to design and build a portable, autonomous manufacturing environment for continuous OSD production using GEA’s ConsiGma 25 equipment and G-CON’s modular POD system. With GlaxoSmithKline (GSK) now also on board, the alliance has been extended to design the prototype PCMM unit, which is currently being implemented at Pfizer’s labs in Groton (Connecticut, USA).

Presented with the award for Best Technologies Innovation during INTERPHEX 2015, this first-of-a-kind manufacturing system accelerates the speed at which tablets are produced. By miniaturising the equipment, the continuous process can be enclosed in a portable, modular facility, which can be shipped by truck to any location in the world and quickly assembled. Once up and running, the system will deliver the capability to transform powders into uncoated tablets in minutes, which can take days or weeks with current technology.

In the current edition of GEA’s Generate magazine, Pfizer’s Michael Becker talks about the benefits of CM in pharma and how it’s helping the company to get medicines to patients quicker. “Medical advances are important to each and every one of us, and have a real impact on society,” says Michael, “which is why our business model is centred around research.”

“But, we’re also leading the way when it comes to implementing innovative technologies. At our production site in Freiburg, Germany, we’re currently investing around j50 million to set up continuous production and install a PCMM production facility,” he adds. Freiburg is Pfizer’s largest global packing plant for solid dosage forms, and the site supplies medication to more than 150 countries. “By expanding our production facilities at Freiburg, we can increase the annual production volume of tablets and capsules from 6.5 billion to around 10 billion.”

When asked about the benefits of continuous production, Michael notes that, unlike batch production, “which is the norm in our industry,” the individual production steps are done continuously, without any interruptions — from the delivery of the raw materials to the finished product. “CM is becoming progressively popular for large-scale production. It increases productivity as it requires significantly less downtime than batch production, during which the machinery needs to be cleaned in between batches, for example. Continuous production saves time, space and energy … and reduces possible sources of error,” he says.

Continuous production has been the norm in the chemicals industry for some time; but, Big Pharma is still wary of implementation challenges. Michael explains: “When manufacturing pharmaceuticals, we need to be sure that each tablet contains exactly the same amount of active ingredient. So, the biggest challenge when introducing continuous production was to develop the necessary process analysis and approval procedures. During the production process, the infrared spectrum of 20 capsules is evaluated. This is a highly complex process that is done by a computer program. The approval process takes just 20 seconds, making lengthy laboratory tests a thing of the past.”

Plus, with everyone talking about digitisation and Industry 4.0, CM offers a number of opportunities beyond quality assurance. “When we introduced continuous manufacturing, we set up a smart production environment that’s in line with Industry 4.0 standards: the material flow was specially adapted for continuous production, while processes for inspecting goods received, weighing, metering and handling and cleaning containers are now all fully automated,” says Michael.

“In addition,” he adds, “continuous production is more environmentally friendly as it optimises the raw material and active ingredient value stream. In Freiburg, we’ve reduced our carbon footprint by 33% by switching from delivering our goods in small barrels weighing 30 kg to big bags weighing 880 kg, and by transporting goods by sea instead of by air. We’re also planning to halve the number of trucks needed to deliver our materials and raw ingredients. At the same time, we’ll reduce the number of wooden pallets used by 85% — and we won’t need as many tests and samples, which will save both time and materials. And, because CM takes up less space, we don’t need as much ventilation capacity, which saves energy.”

Perhaps the burning question is how will the PCMM production facility that’s currently under construction help Pfizer to respond to patient needs better and faster than ever before. As customised and/or precision medicines becomes more widespread, pharmaceutical companies increasingly need to be able to produce a wide range of medication quickly and in smaller quantities. “So, as well as CM for large quantities, we also need continuous processes to produce small and medium-sized batches. That’s why Pfizer has teamed up with GEA and G-CON to develop the PCMM concept. This process combines GEA’s ConsiGma technology and G-CON’s modular POD system, a prefabricated, transportable and fully automated cleanroom,” notes Michael.

The ConsiGma 25 is a relatively small transportable processing unit used for granulating and mixing solid dosage forms during the production process. It also comes with integrated process analysis technologies. The unit can be used for mixing and pressing powder into tablets, as well as wet granulation, drying and grinding. A PCMM facility is just as sophisticated as a standard one; but, it’s significantly smaller and can be built and installed in less than a year. “Not only is the PCMM system flexible, it’s extremely fast, which enables us to develop and make new drugs available to patients more quickly,” concludes Michael.

With growth in the pharmaceutical industry’s biggest players reduced to approximately 2% in 2017 — despite new drugs and technologies appearing on the market — and prescription medicine sales only creeping up by 1.6% to reach $346 billion in the same timeframe, there’s never been a better time for drug manufacturers to look beyond the current production paradigm, show more courage, collaborate and adopt concepts such as CM. Patent expiry is not going to go away, nor is intensified price competition, but by working with companies who actively link development to manufacturing and engage in complementary partnerships to deliver solutions such as powder dosing to coating, consultation and turnkey installations, these hurdles can be overcome.

GEA has been successfully demonstrating its late-stage development-to-manufacturing capabilities for many years. With PCMM, for example, GEA and its partners are leading the way toward smaller, more flexible, continuous processing technologies that have the potential to transform the future of pharmaceutical development and manufacturing — and deliver customised quantities of drugs to patients in need in a quick and efficient way.

With 14 years of inspiration, GEA has firmly established its longevity in the CM market. And having completed more than 70 projects involving a variety of filed and authorised products, including the first ever FDA-approved breakthrough therapy developed and manufactured using the ConsiGma platform, no other company has as much experience and done more to pioneer continuous manufacturing for the pharmaceutical industry.