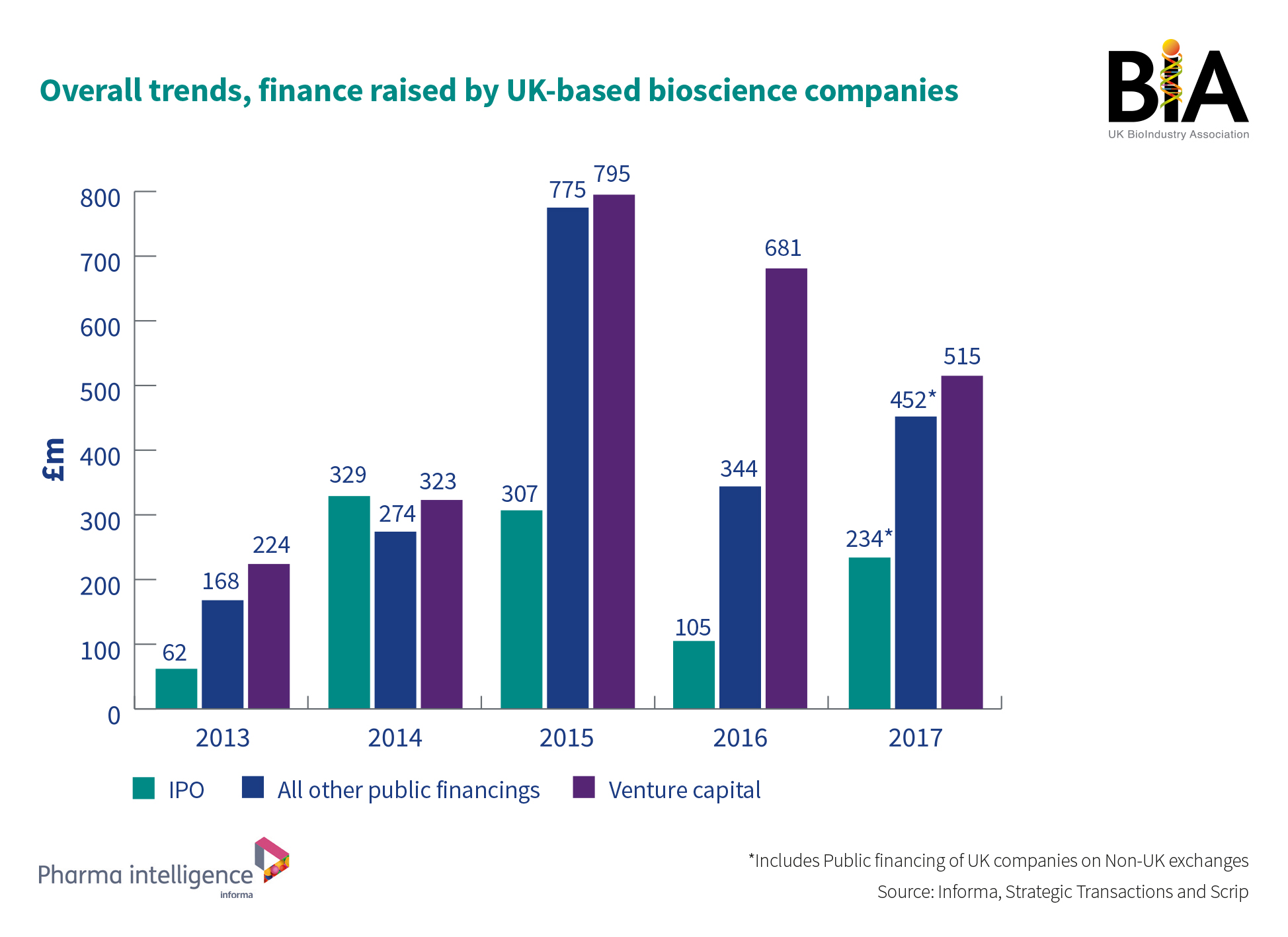 In addition to revealing that the UK has the strongest clinical and preclinical pipeline in Europe, the report also shows that more UK biotech companies are maturing and moving through the financing life cycle, with UK biotech company IPOs raising more than twice as much money in 2017 than in 2016.

Steve Bates, CEO at BIA, said: “The UK’s impressive preclinical and clinical pipeline shows the strength and capability of the UK biotech ecosystem to produce fantastic science that attracts talent and funding from across the globe. There is money to be made as this pipeline develops.” 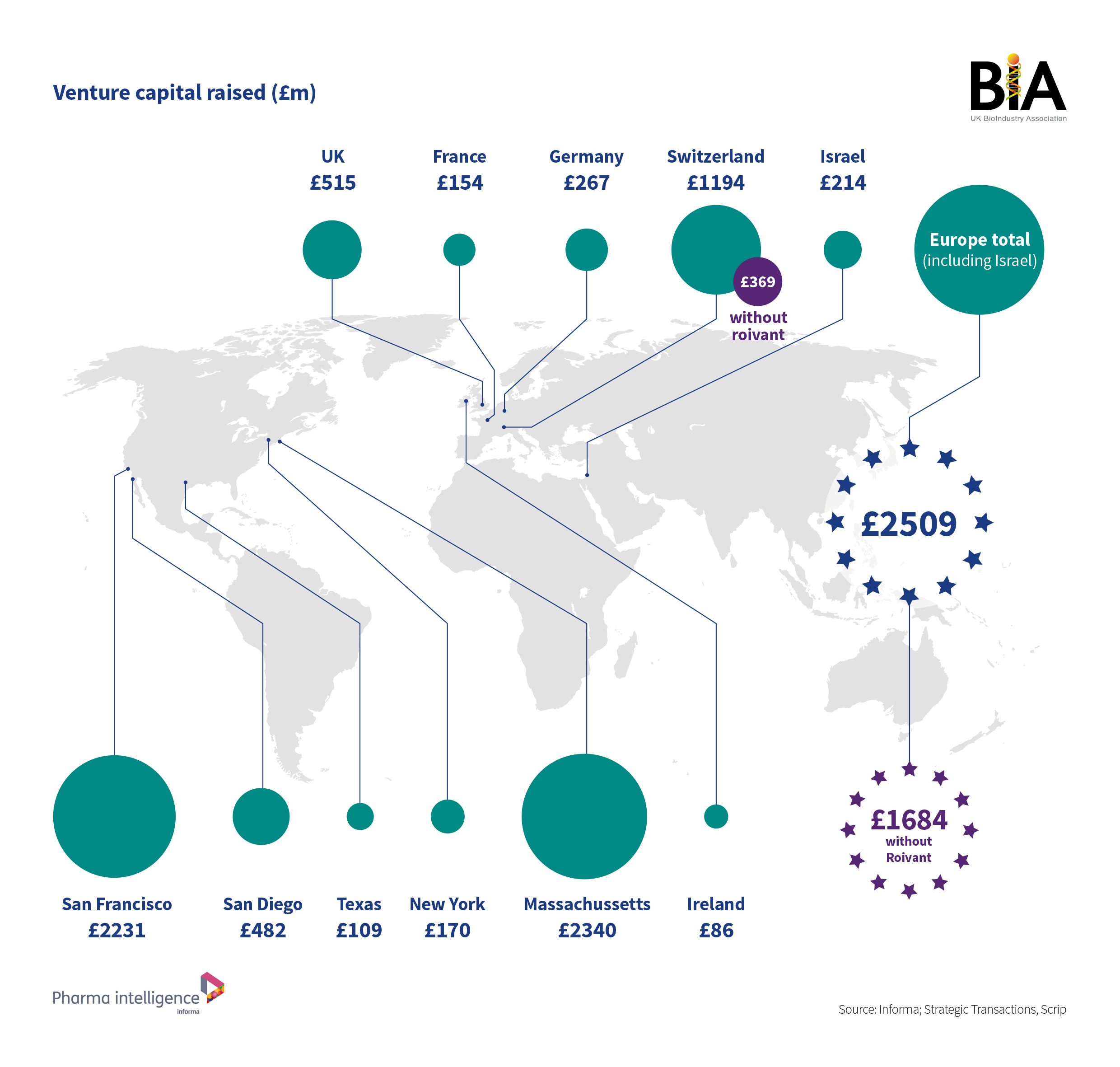 “The Patient Capital Review means 2018 is the year UK pension funds will be nudged into backing this key sector of the future UK economy.”

“It is also very encouraging to see that UK biotech companies are scaling and maturing at pace and the variety of funding options open to them means we can build the third global cluster in bioscience in the UK.” 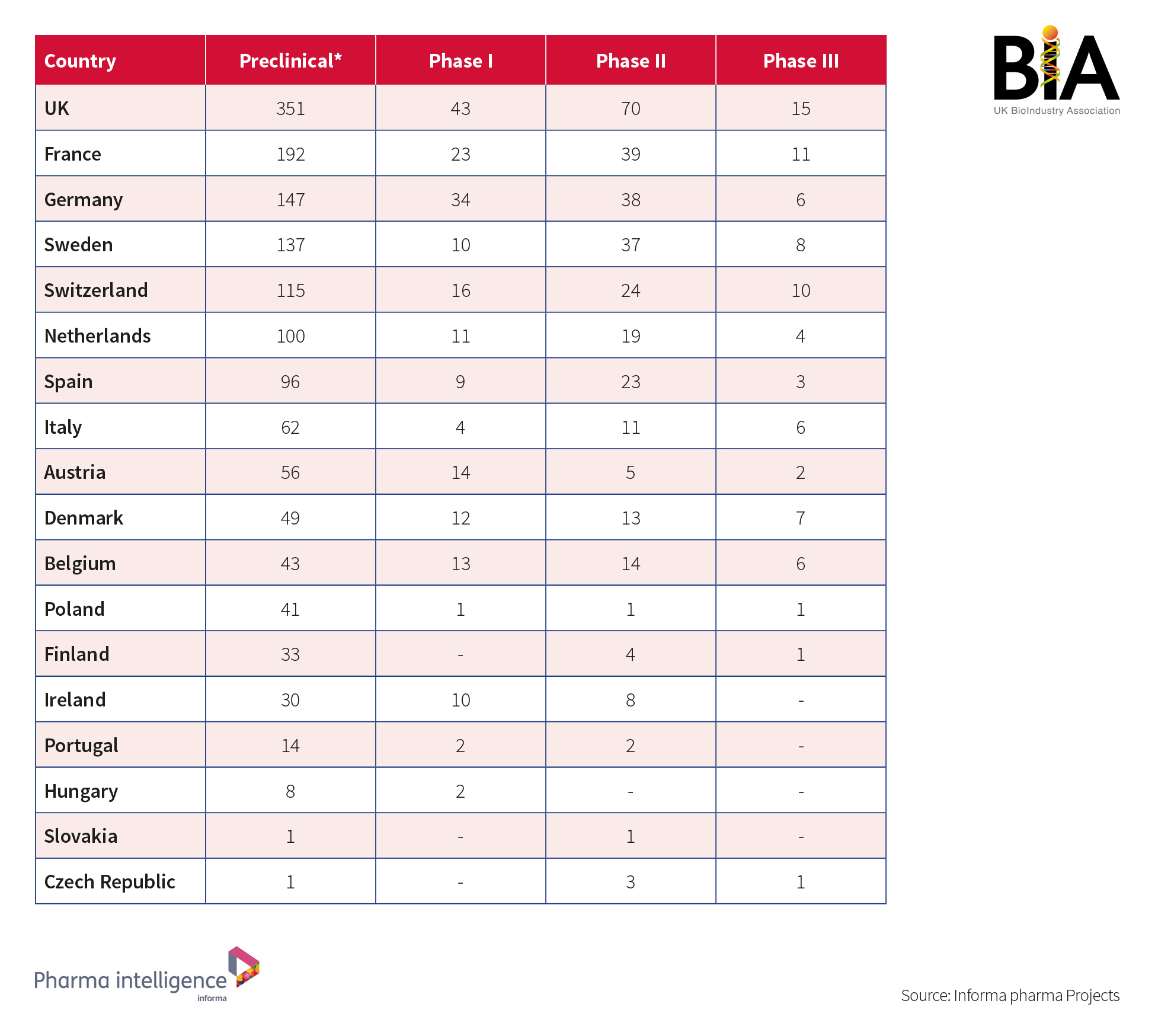 The report was previewed at the Future of Healthcare Investor Forum at the London Stock Exchange 25 January, before being formally launched at a panel discussion event at Biotech and the City at Osborne Clarke. The BIA Gala Dinner is being held on the evening of the 25 January, bringing together stakeholders from across the UK biotech ecosystem to network and celebrate sector success stories.