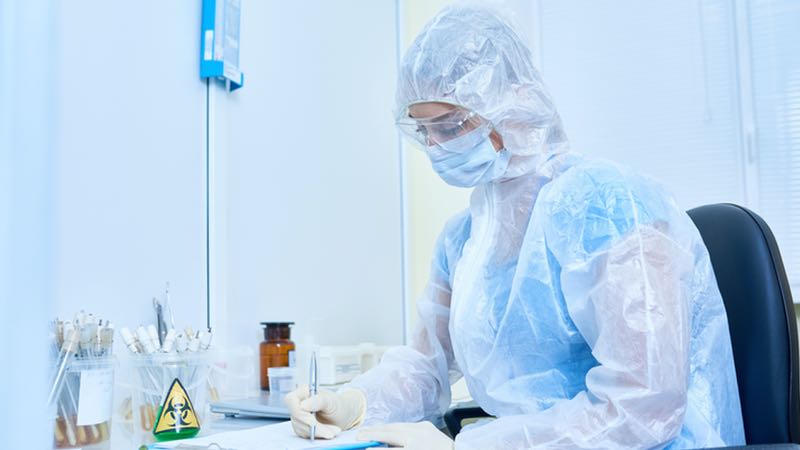 Analysis work from the MRC-University of Glasgow Centre for Virus Research has provided evidence that SARS-CoV-2, the virus that causes COVID-19, has not mutated into different types.

Recent research had suggested that more than one type of SARS-CoV-2 was circulating in the pandemic, with one strain being more aggressive and causing more serious illness than the other.

Now, using analysis of SARS-CoV-2 virus samples from the outbreak, scientists have been able to show that only one type of the virus is currently circulating. Their research is published in the journal Virus Evolution.

Viruses, including the one causing COVID-19, naturally accumulate mutations - or changes - in their genetic sequence as they spread through populations. However, most of these changes will have no effect on the virus biology or the aggressiveness of the disease they cause.

Earlier this year, it was reported that scientists had found two or three strains of SARS-CoV-2 circulating in the population, evidenced by certain mutations that had been detected. However, thanks to extensive analysis of the virus genomes annotated by the MRC-University of Glasgow Centre for Virus Research's CoV-GLUE resource, scientists at the University of Glasgow have demonstrated that these detected mutations are unlikely to have any functional significance, and importantly, don't represent different virus types.

Most observed mutations would be expected to have no, or minimal consequence to the virus's biology

CoV-GLUE tracks SARS-CoV-2's amino acid replacements, insertions and deletions, which have been observed in samples from the pandemic. To date the database has catalogued 7,237 mutations in the pandemic. While this may sound like a lot of change, scientists confirm that it is a relatively low rate of evolution for an RNA virus, and they expect more mutations will continue to accumulate as the pandemic continues.

On average, most observed mutations would be expected to have no, or minimal consequence to the virus's biology. However, tracking these changes can help scientists better understand the virus pandemic and how COVID-19 is spreading in the community.

Dr Oscar MacLean, from the MRC-University of Glasgow Centre for Virus Research, said: "By analysing the extensive genetic sequence variation present in the genomes of the SARS-CoV-2 virus, the evolutionary analysis shows why these claims that multiple types of the virus are currently circulating are unfounded."

"It is important people are not concerned about virus mutations - these are normal and expected as a virus passes through a population," MacLean added. "However, these mutations can be useful as they allow us to track transmission history and understand the historic pattern of global spread."

The study has been published in Virus Evolution and the work was funded by the Medical Research Council (MRC).