Gastro-oesophageal reflux disease (GERD) is a chronic and common disorder that manifests in multiple ways, notably non-erosive reflux disease and erosive oesophagitis, the latter of which usually involves mucosal inflammation and lesions in the distal oesophagus 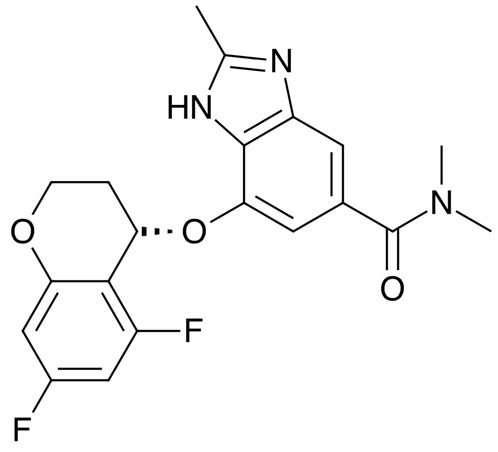 If poorly treated, this can result in Barrett’s oesophagus and an increased risk of oesophageal cancer. The introduction of H2 antagonists and then proton pump inhibitors (PPIs) revolutionised the treatment of peptic ulcers and other acid-related gastrointestinal (GI) diseases.

PPIs are the normal treatment for GERD; but, between a third and a half of patients do not get complete symptomatic relief. An alternative strategy is being pursued by South Korea’s HK Inno.N and, under licence in North America, Braintree Laboratories, an affiliate of Sebela Pharmaceuticals.

Their drug, tegoprazan, is a potassium competitive acid blocker that acts as a selective inhibitor of the H+/K+-ATPase. This class has been shown to have a rapid onset of action and the ability to control gastric pH for longer periods than PPIs.

Various trials have already been completed to show its potential in various acid-related GI diseases. For example, its effect in patients with erosive oesophagitis has been evaluated in a Phase III trial in a randomised, double-blind, parallel group study with esomeprazole as a comparator.1

In all, 302 patients with endoscopically confirmed disease were given 50 or 100 mg of tegoprazan or 40 mg of esomeprazole for 4 or 8 weeks. The cumulative healing rates across all three study arms were 98.9%, showing tegoprazan’s non-inferiority.

Adverse events were similar across the groups and it was well tolerated. A Phase III trial has been done using tegoprazan as part of a first-line triple therapy for the eradication of the GI disease-causing bacterium Helicobacter pylori.2

In the randomised, double-blind controlled study, 350 H. pylori positive patients were given 50 mg of tegoprazan or 30 mg of lansoprazole alongside 1 g of amoxicillin and 500 mg of clarithromycin twice a day for 7 days.

Tegoprazan had an H. pylori eradication rate of 62.9%, whereas lansoprazole gave a rate of 67.3%. Both regimens were well tolerated with no notable differences between the two.

Its effect in controlling nocturnal acid breakthrough has also been evaluated in a cohort of healthy subjects.3 In the randomised, open label, single-dose crossover study, 24 subjects were given 50, 100 or 200 mg of tegoprazan or 60 mg of dexlansoprazole with the two doses separated by a 7–10 day washout.

All those given tegoprazan reached a mean pH above 4 within 2 hours, whereas it took 7 hours with dexlansoprazole. The acid suppressive effect was similar with both drugs after 12 hours. In another trial, a 25 g dose of tegoprazan proved to be effective as a maintenance therapy in healed erosive oesophagitis.4

Further Phase III trials are now under way for the treatment of GERD, including erosive oesophagitis and non-erosive reflux disease.