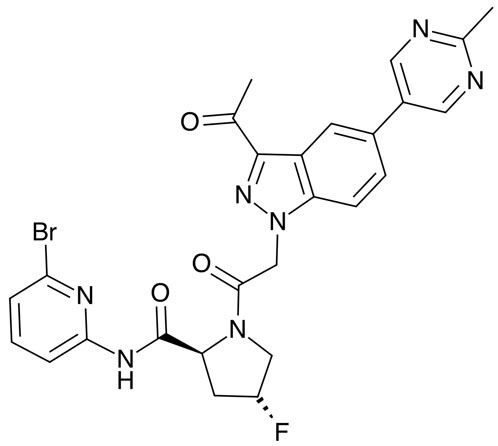 This intravascular haemolysis is accompanied by the activation of white blood cells and platelets, which may lead to thrombosis and organ damage. Premature death may result and other symptoms can include abdominal pain, problems with swallowing, shortness of breath, erectile dysfunction, anaemia, breathlessness and fatigue.

It is caused by an acquired genetic mutation that causes abnormal blood cells to be produced that lack two critical protective surface proteins: the complement regulators CD55 and CD59.

This leads to them being attacked by the complement system. It can be treated with C5 complement inhibitor therapy in the form of antibodies (ravulizumab or eculizumab) but, in some cases, extravascular haemolysis occurs with continuing anaemia symptoms.

In a Phase II dose finding trial, 10 untreated haemolytic PNH patients were given 100–200 mg of danicopan three times a day as a monotherapy.2 Eight completed the treatment, with one discontinuing because of a serious adverse event. IVH was inhibited, as measured by change in lactate dehydrogenase.

A Phase II dose finding study in 12 transfusion-dependent patients with PNH and an inadequate response to eculizumab has also been done.3 They received 100–200 mg of danicopan in addition to eculizumab for 24 weeks, and 11 completed the study; the discontinuation was because of a possibly unrelated serious adverse event.

In the 24 weeks before the trial, 10 patients required a total of 31 transfusions; during the 24-week trial, only one required a single transfusion. Fatigue scores improved, too. The most common adverse events were cough, headache and nasopharyngitis.

Interim results of a double blind, placebo-controlled Phase III trial have been published via press release. Patients with PNH experiencing clinically significant EVH with C5 inhibitor treatment were given danicopan in addition to the C5 inhibitor for 12 weeks, when the placebo group was switched to active treatment and both groups continued therapy for a further 12 weeks.

They could then opt to participate in a long-term extension. The trial met its primary endpoint of change in haemoglobin from baseline at 12 weeks, plus key secondary endpoints including transfusion avoidance and reduced fatigue scores.