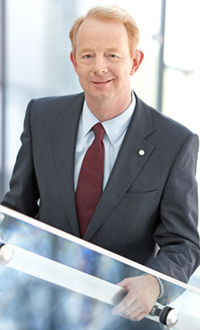 Bayer set new records for sales and for EBITDA before special items in 2014.

The continuing growth in the German giant’s Life Science businesses, and particularly the development of its recently launched products, helped this growth.

The company has already said that it will focus on its Life Science businesses going forward and will float its MaterialScience business on the stock market as a separate company by mid-2016 at the latest.

The company is targeting further sales growth and a significant rise in earnings in 2015.

Business in the HealthCare subgroup expanded by 5.6% in 2014 to €19.97bn (2013: €18.92bn), mainly driven by the pharmaceuticals business, while sales at consumer health came in slightly ahead of the prior year.

Pharmaceuticals sales rose by 11.2% to €12.05bn, boosted by newly launched products, including the anticoagulant Xarelto, the eye medicine Eylea, the cancer drugs Stivarga and Xofigo, and Adempas for the treatment of pulmonary hypertension.

‘These products have played a crucial role in making us one of the fastest-growing large companies in the pharmaceutical industry,’ said Management Board Chairman Marijn Dekkers.

Among the leading established products, sales of the Mirena family of hormone-releasing intrauterine devices advanced by 15.1% on a currency-adjusted basis. Business with Aspirin Cardio for secondary prevention of heart attacks also developed positively (12.4%). But sales of the blood-clotting medicine Kogenate fell by 5.6%, due partly to the temporary use of production capacities to develop the next generation of haemophilia medicines. Sales of the multiple sclerosis drug Betaferon/Betaseron fell by 19.6%, mainly because of increased competition in the US.

Overall, the pharmaceuticals business saw ‘pleasing growth’ in all regions on a currency-adjusted basis, particularly in China, the US and Western Europe.

EBITDA before special items of HealthCare rose by 2.8% overall to €5.5bn (2013: €5.33bn). This was attributable to the business development in pharmaceuticals.

Bayer expanded its Life Science businesses through the acquisitions of the consumer care business of Merck & Co, US, and China-based Dihon Pharmaceutical Group. The integration of these two businesses is proceeding according to plan.

The acquisition of Norwegian company Algeta, with which Bayer had been collaborating since 2009 in the development and commercialisation of the cancer drug Xofigo, was also successfully completed.

‘We remain optimistic about the future,’ said Dekkers.

Bayer forecasts total sales in the region of €46bn for 2015. The company plans to raise EBITDA before special items by a low- to mid-teens percentage, allowing for expected positive currency effects of about 2%.

In the pharmaceuticals segment, Bayer expects sales to move ahead by a mid- to high-single-digit percentage on a currency- and portfolio-adjusted basis to approximately €13bn.